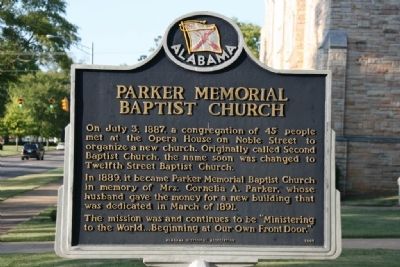 On July 3, 1887, a congregation of 45 people met at the Opera House on Noble Street to organize a new church. Originally called Second Baptist Church, the name soon was changed to Twelfth Street Baptist Church.

In 1889, it became Parker Memorial Baptist Church in memory of Mrs. Cornelia A. Parker, whose husband gave the money for a new building that was dedicated in March of 1891.

The mission was and continues to be “Ministering to the World…Beginning at Our Own Front Door.”

Topics. This historical marker is listed in this topic list: Churches & Religion. A significant historical month for this entry is March 1891. 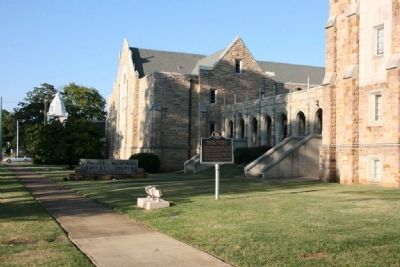 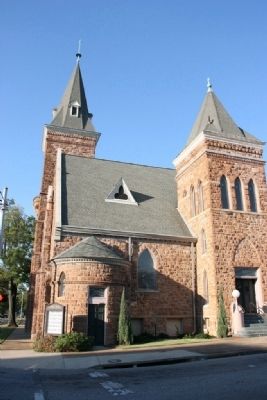 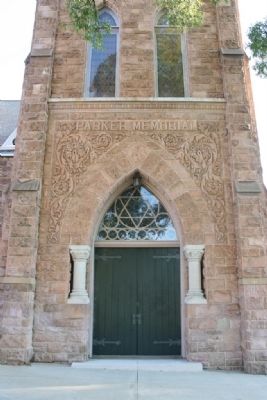 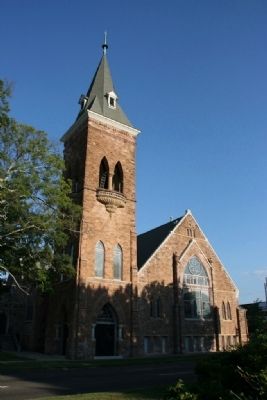 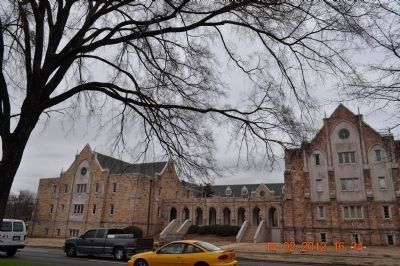