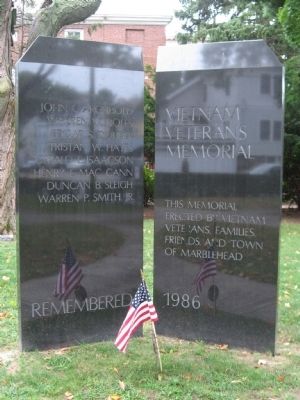 Erected 1986 by Vietnam Veterans, Families, Friends, and Town of Marblehead.

Topics. This historical marker memorial is listed in this topic list: War, Vietnam. 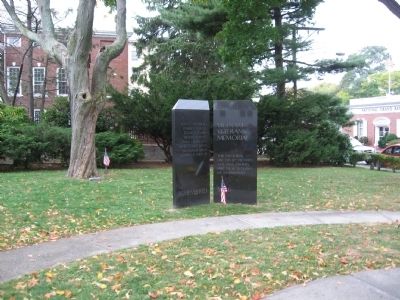