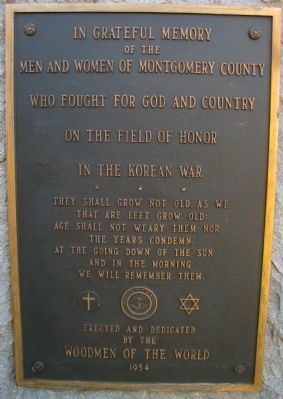 They shall grow not old, as we that are left grow old: age shall not weary them, nor the years condemn. At the going down of the sun and in the morning we will remember them.

Erected 1954 by Woodmen of the World. 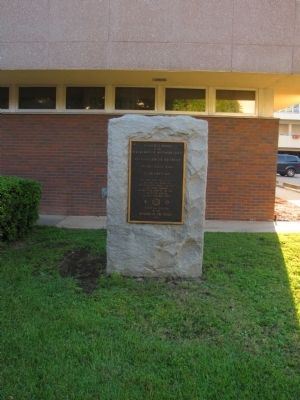 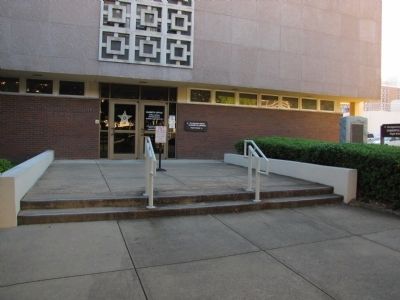