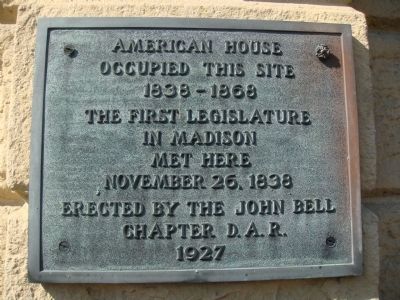 Topics and series. This historical marker is listed in these topic lists: Government & Politics • Notable Places. In addition, it is included in the Daughters of the American Revolution (DAR) series list. A significant historical date for this entry is November 26, 1838. 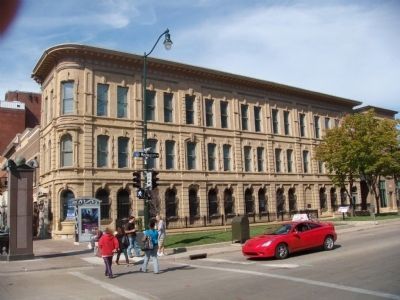 Regarding American House. According to David Mollenhoff in the second edition of Madison, A History of the Formative Years, pp. 32-33, "In November 1838, legislators and state officials converged on Madison for the first session ever held in the new capital. ... When they arrived in Madison, they found about thirty modest frame and log buildings on a stump-strewn hillside... Among these buildings were three specifically built for legislators. The Peck Tavern Stand [see related markers], now owned by the Reams and renamed the Madison House, had two rooms to rent. The Madison Hotel [see related markers], a cheap frame structure had two more rooms to rent. The third, the brand new two-and-one-half-story American House, had eight rooms and an attic. ... At the American House, the fanciest hotel in town, guests were offered 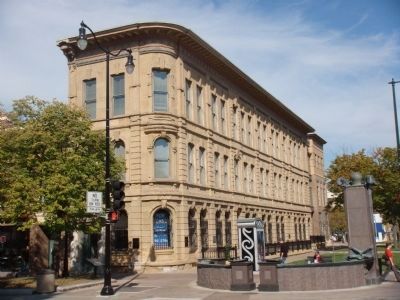 Photographed By William J. Toman, October 6, 2010
3. American House Marker on the American Exchange Bank Building
seven-by-eight foot rooms with a double bed or a space in the attic marked off by cracks in the floor."