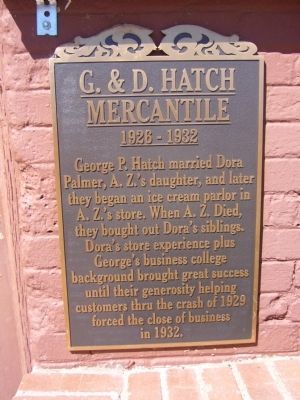 George P. Hatch married Dora Palmer, A. Z.'s daughter, and later they began an ice cream parlor in A.Z.'s store. When A. Z. Died, they bought out Dora's siblings. Dora's store experience plus George's business college background brought great success until their generosity helping customers thru the crash of 1929 forced the close of business in 1932.

Topics. This historical marker is listed in this topic list: Industry & Commerce. A significant historical year for this entry is 1929.

Location. 34° 27.916′ N, 110° 5.496′ W. Marker is in Taylor, Arizona, in Navajo County. Marker is on Center Street, on the right when traveling west. Marker is on the south wall of the building facing Center Street. Touch for map. Marker is at or near this postal address: 2 North Main Street, Taylor AZ 85939, United States of America. Touch for directions. 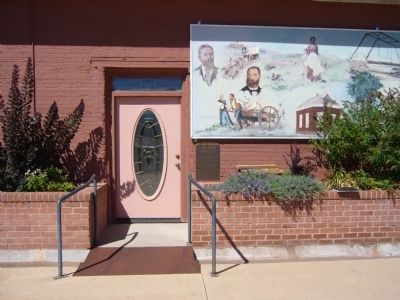 Regarding G. & D. Hatch Mercantile. The town of Taylor purchased the site in 2000, it became Taylor’s main museum and the Chamber of Commerce. 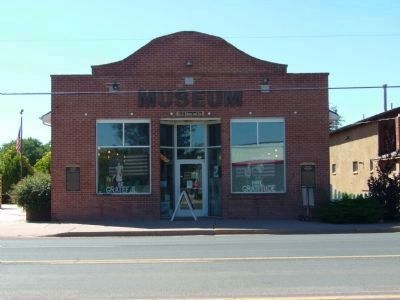