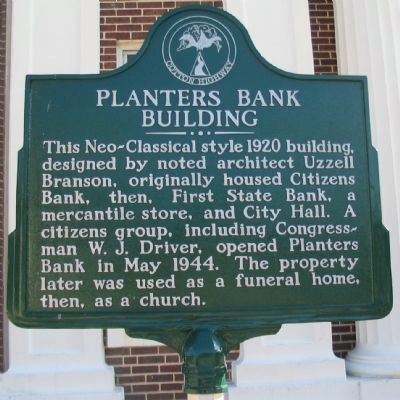 The Neo-Classical style 1920 building, designed by noted architect Uzzell Branson, originally housed Citizens Bank, then, First State Bank, a mercantile store, and City Hall. A citizens group, including Congressman W.J. Driver, opened Planters Bank in May 1944. The property later was used as a funeral home, then, as a church. 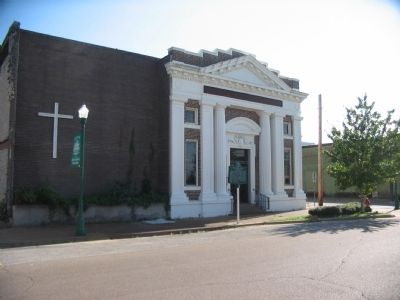