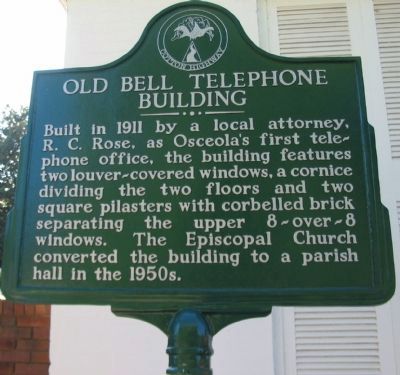 Built in 1911 by a local attorney, R.C. Rose, as Osceola's first telephone office, the building features two louver-covered windows, a cornice dividing the two floors and two square pilasters with corbelled brick separating the upper 8-over-8 windows. The Episcopal Church converted the building to a parish hall in the 1950s.

Topics. This historical marker is listed in this topic list: Communications. A significant historical year for this entry is 1911. 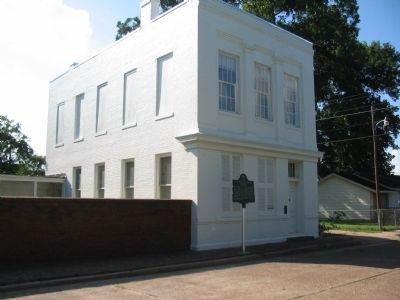