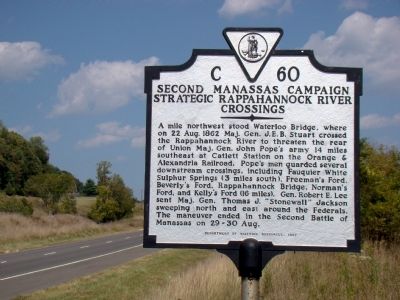 Topics and series. This historical marker is listed in this topic list: War, US Civil. In addition, it is included in the Virginia Department of Historic Resources series list. A significant historical date for this entry is August 22, 1862. 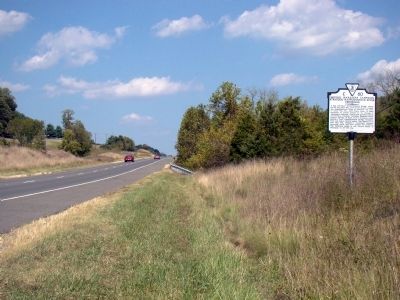 Click or scan to see
this page online
(U.S. 211) west of Leeds Manor Road / Harts Mill Road (County Route 688), on the right when traveling east. Marker cannot be seen from the westbound lanes because of a wide, treed median. Touch for map. Marker is in this post office area: Warrenton VA 20186, United States of America. Touch for directions.

More about this marker. This marker replaced a marker from the 1930s with the same number titled “Campaign of Second Manassas” that read “About two miles north is Waterloo Bridge, where J. E. B. Stuart began his raid to Catlett’s Station in the rear of Pope’s army, August 22, 1862. Some miles farther north is Hinson’s Mill, where Stonewall Jackson crossed this river, August 25, 1862, on the march around Pope that resulted in the Second Battle of Manassas.” 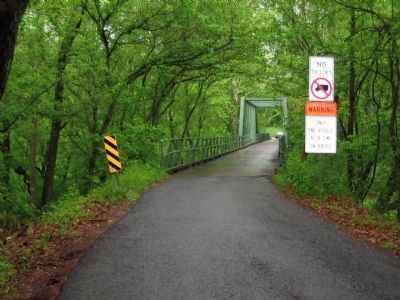