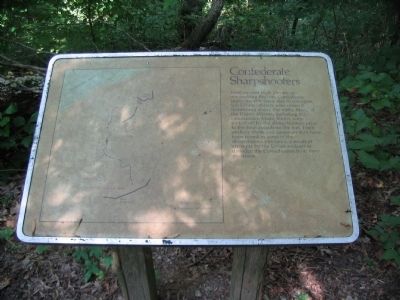 From several high elevations overlooking the fort, Confederate sharpshooters were able to fire upon any Union soldiers who showed themselves above the walls. Many of the Union officers, including the commander, Major Booth, were picked off by the sharpshooters prior to the final assault on the fort. Fired artillery shells and cannister shot have been found in some of the sharpshooter positions, a result of attempts by the Union soldiers to dislodge the Confederates from their positions.

Location. 35° 38.516′ N, 89° 50.481′ W. Marker is near Henning, Tennessee, in Lauderdale County. Marker can be reached from Park Road (State Highway 207), on the right when traveling north. Located along the perimeter trail in Fort Pillow State Park about a half mile from the visitor center. Touch for map. Marker is in this post office area: Henning TN 38041, United States of America. Touch for directions. 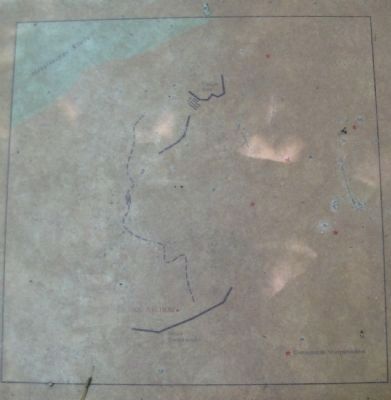