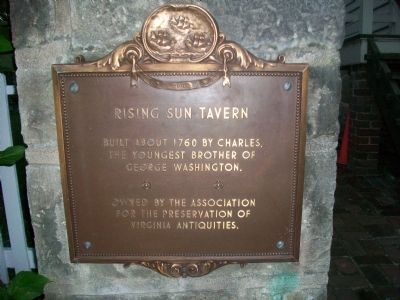 Photographed By Kathy Walker, circa June 13, 2010
1. Rising Sun Tavern Marker
Inscription.
Rising Sun Tavern. . Built about 1760 by Charles, the youngest brother of George Washington. , Owned by the Association for the Preservation of Virginia Antiquities. . This historical marker is in Fredericksburg Virginia

Built about 1760 by Charles, the youngest brother of George Washington.

Owned by the Association for the Preservation of Virginia Antiquities.

Topics and series. This historical marker is listed in these topic lists: Colonial Era • Industry & Commerce. In addition, it is included in the National Historic Landmarks series list. A significant historical year for this entry is 1760. 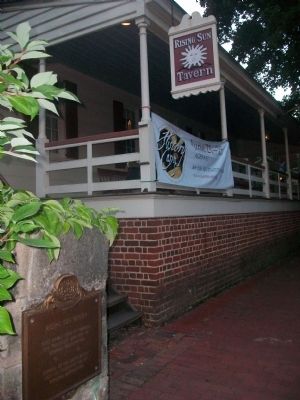 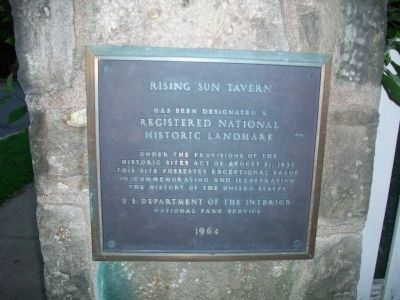 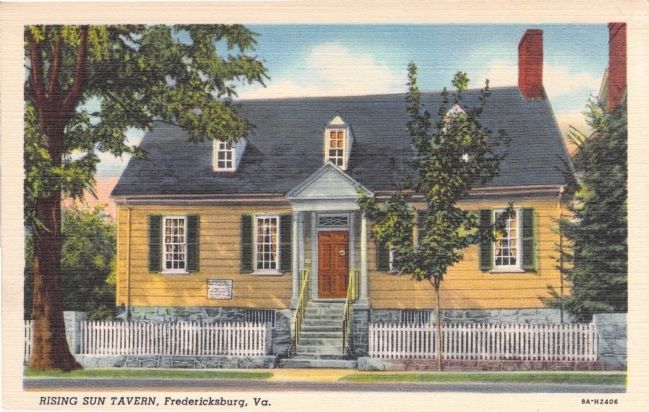 J. J. Prats Collection
4. The Rising Sun Tavern
“Built by Charles Washington, a brother of George, and prior to 1775. George Weedon was landlord. Washington was frequest guest, and on October 23, 1771, he met here with the officers of the French and Indian Wars to settle their claims against the colony for land bounties.” Undated postcard SA-H2406 R.A. Kispaugh, Fredericksburg Va. Genuine Curteich-Chicago “C.T. Art-Colortone” Postcard.
Credits. This page was last revised on June 16, 2016. It was originally submitted on October 17, 2010, by Kathy Walker of Stafford, Virginia. This page has been viewed 1,117 times since then and 14 times this year. Photos:   1, 2, 3. submitted on October 17, 2010, by Kathy Walker of Stafford, Virginia.   4. submitted on June 12, 2013, by J. J. Prats of Powell, Ohio. • Bill Pfingsten was the editor who published this page.
Share this page.