— A Native of Nelsonville — 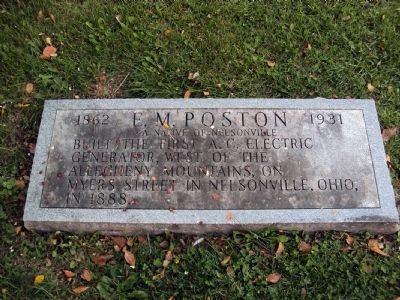 Built the first A.C. electric generator, west of the Allegheny Mountains, on Myers Street in Nelsonville, Ohio, in 1888.

Other nearby markers. At least 8 other markers are within walking distance of this marker. Daniel Nelson (here, next to this marker); The Hocking Valley Coal Strike (within shouting distance of this marker); Veterans' Memorial (about 300 feet away, measured in a direct line); Unknown Soldier Monument (about 600 feet away); Fort Street Cemetery (about 600 feet away); Hocking Valley Railway (approx. 0.2 miles away); Nelsonville (approx. 0.4 miles away); Hocking Canal Site (approx. 0.4 miles away). Touch for a list and map of all markers in Nelsonville. 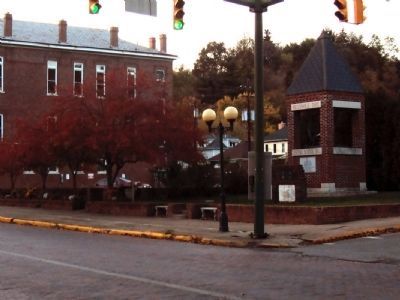