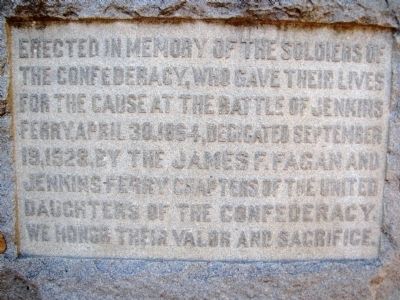 Topics and series. This historical marker is listed in this topic list: War, US Civil. In addition, it is included in the United Daughters of the Confederacy series list. A significant historical date for this entry is April 30, 1933.

Location. 34° 12.737′ N, 92° 32.844′ W. Marker is near Leola, Arkansas, in Grant County. Marker can be reached from State Highway 46, 1.9 miles south of State Highway 291, on the right when traveling south. Monument located in Jenkins' Ferry State Park, on the left after you enter the park. Touch for map. Marker is in this post office area: Leola AR 72084, United States of America. Touch for directions.

Other nearby markers. At least 8 other markers are within 11 miles of this marker, measured as the crow flies. General Samuel Rice / Confederate Cannons Captured (within shouting distance of this marker); Jenkins Ferry / Pontoon Bridge 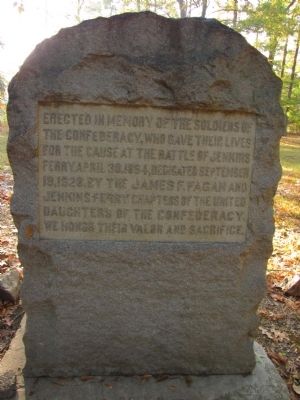 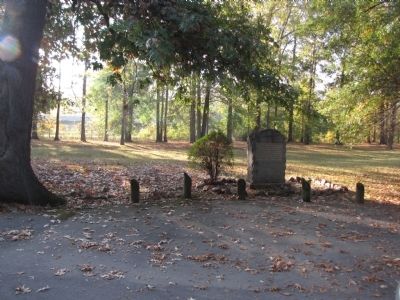