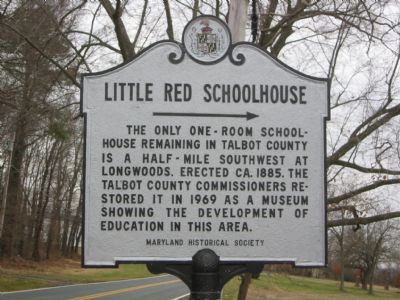 The only one-room schoolhouse remaining in Talbot County is a half-mile southwest at Longwoods. Erected ca. 1885. The Talbot County Commissioners restored it in 1969 as a museum showing the development of education in this area. 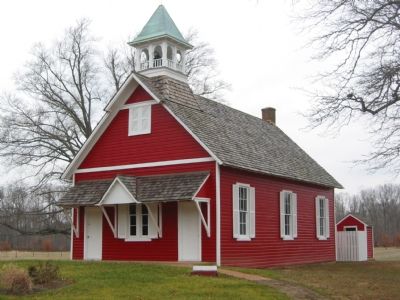 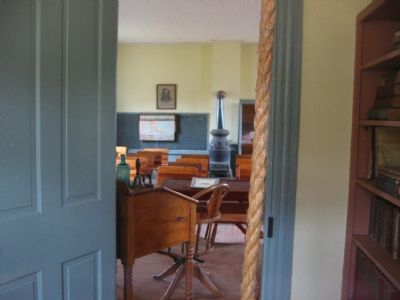