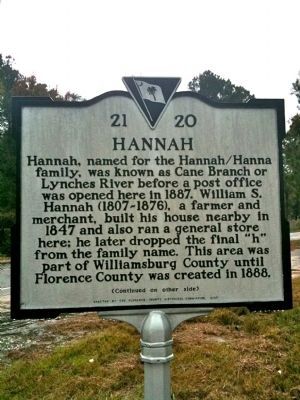 [Front]
Hannah, named for the Hannah/Hanna family, was known as Cane Branch or Lynches River before a post office was opened here in 1887. William S. Hannah (1807-1876), a farmer and merchant, built his house nearby in 1847 and also ran a general store here; he later dropped the final "h" from the family name. This area was part of Williamsburg County until Florence County was created in 1888.

Topics and series. This historical marker is listed in these topic lists: Industry & Commerce • Notable Places. 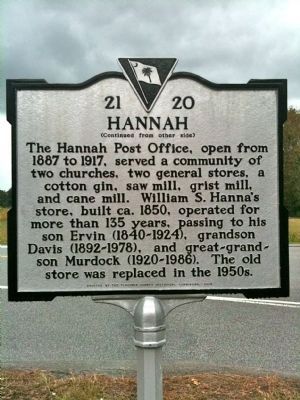 By Cindy Bullard, October 25, 2010
2. Hannah Marker (reverse)
In addition, it is included in the Postal Mail and Philately series list. 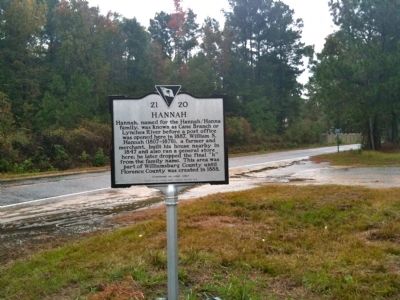