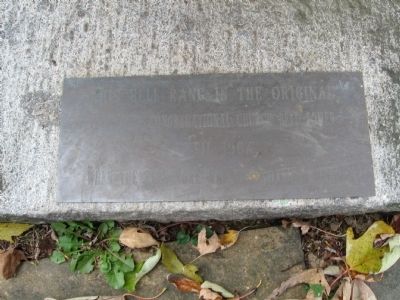 This Bell Rang In The Original
Terryville Congregational Church Bell Tower
Until 1967
When The Structure Was Destroyed By Fire.

Topics and series. This historical marker is listed in this topic list: Churches & Religion. In addition, it is included in the Historic Bells 🔔 series list. A significant historical year for this entry is 1967.

Location. 41° 40.725′ N, 73° 0.763′ W. Marker is in Terryville, Connecticut, in Litchfield County. Marker is at the intersection of Main Street (U.S. 6) and Prospect Street, on the left when traveling west on Main Street. Touch for map. Marker is at or near this postal address: 233 Main Street, Terryville CT 06786, United States of America. Touch for directions.

Other nearby markers. At least 8 other markers are within walking distance of this marker. Original Date Stone (within shouting distance of this marker); The Old Terryville Cemetery (about 600 feet away, measured in a direct line); Plymouth Vietnam Veterans Memorial (about 800 feet away); Plymouth Veterans Monument (approx. 0.2 miles away); The Eli Terry Jr. Water Wheel (approx. 0.2 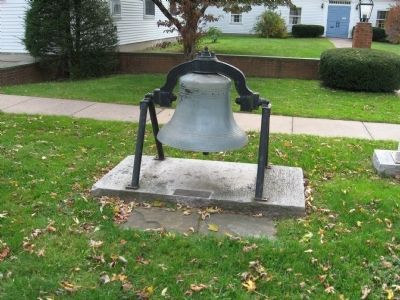 Click or scan to see
this page online
miles away); Loyal Sons and Daughters (approx. 0.2 miles away); Dorence Atwater, Plymouth's Civil War Hero (approx. ¼ mile away); Terryville Soldiers Memorial (approx. 0.4 miles away). Touch for a list and map of all markers in Terryville. 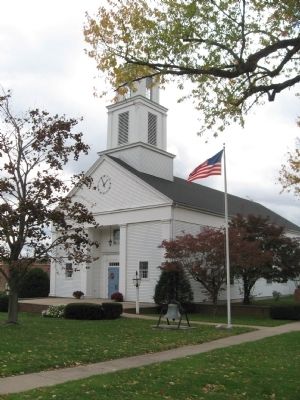