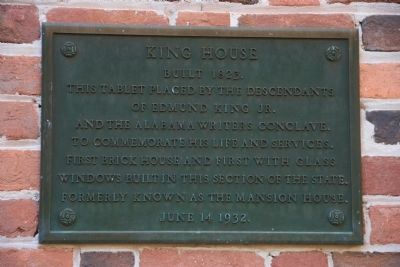 This tablet placed by the descendants of Edmund King, Jr. and the Alabama Writers Conclave. To commemorate his life and services. First brick house and first with glass windows built in this section of the state. Formerly known as the Mansion House. June 14, 1932.

Erected 1932 by Descendants of Edmund King, Jr. and the Alabama Writers Conclave.

Topics. This historical marker is listed in this topic list: Notable Buildings. A significant historical date for this entry is June 14, 1873.

Location. 33° 6.3′ N, 86° 51.742′ W. Marker is in Montevallo, Alabama, in Shelby County. Marker can be reached from Highland Street near Bloch Street. The King House and marker located across from the Carmichael Library on the campus of the University of Montevallo. Touch for map. Marker is in this post office area: Montevallo AL 35115, United States of America. Touch for directions.

Other nearby markers. At least 8 other markers are within 3 miles of this marker, measured as the crow flies. University Of Montevallo National Historic District (within shouting distance of this marker); Montevallo High School (about 600 feet away, measured in a direct line); Alabama Historical Association (about 700 feet away); Welcome To Historic Montevallo 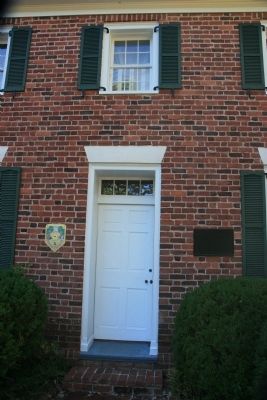 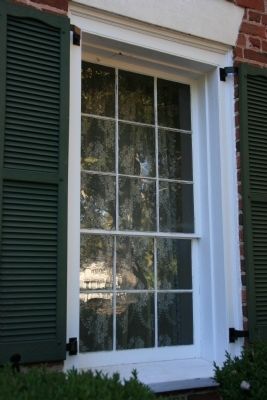 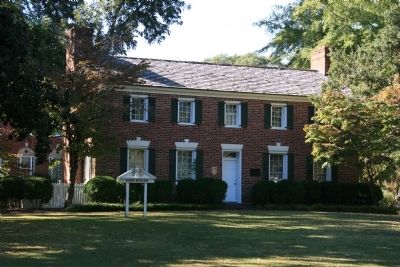