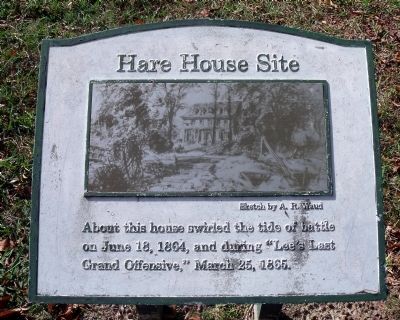 By Bernard Fisher, October 30, 2010
1. Hare House Site Marker
Inscription.
Hare House Site. . About this house swirled the tide of battle on June 18, 1864, and during “Lee’s Last Grand Offensive,” March 25, 1865. . This historical marker was erected by Petersburg National Battlefield Park. It is in Petersburg Virginia 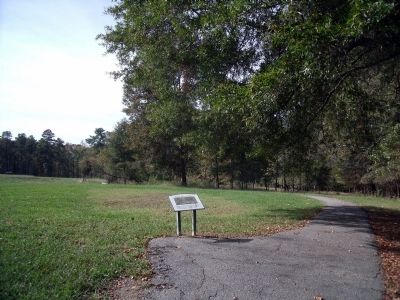 More about this marker. On top is a war time sketch of the house by A. R. Waud. 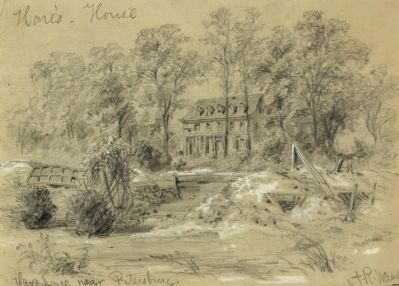