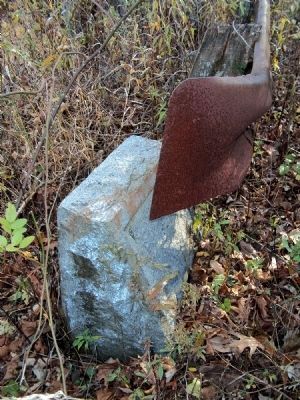 Topics and series. This historical marker is listed in this topic list: War, US Civil. In addition, it is included in the John Hunt Morgan’s Raid - Jefferson County, Ohio series list. A significant historical month for this entry is July 1872.

Other nearby markers. At least 8 other markers are within 3 miles of this marker, measured as the crow flies. Bergholz Cemetery Veteran's Memorial (approx. 0.3 miles away); Bergholz-Overnight at Nebo (approx. 0.6 miles away); a different marker also 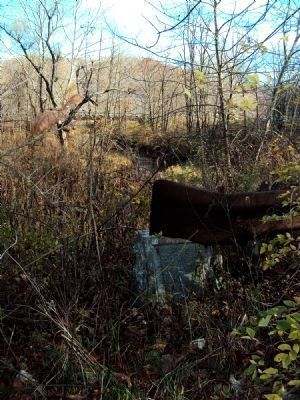 Photographed By Jamie Abel, October 31, 2010
2. Morgan's Raid Marker
This marker sits at the north end of an abandoned bridge that Morgan's rear guard burned as they moved north the next morning. The Ohio Route 164 bridge over the same stream can be seen in the background.

More about this marker. The marker is actually located about 100 yards SSE of the road, half-buried at the northeast corner of a bridge over the Elkhorn Branch of Yellow Creek. This abandoned road was part of a pike that led from East Springfield through Circle Green to Nebo (the community on the west side of Yellow Creek that was absorbed by Bergholz in 1906 when the village was incorporated (www.garlock-elliot.org/places/doyle_twp/12springfield.html).

Related marker. Click here for another marker that is related to this marker. The bronze tablet for this marker (#12) is actually afixed to a marker (#13) at the south end of Bergholz. 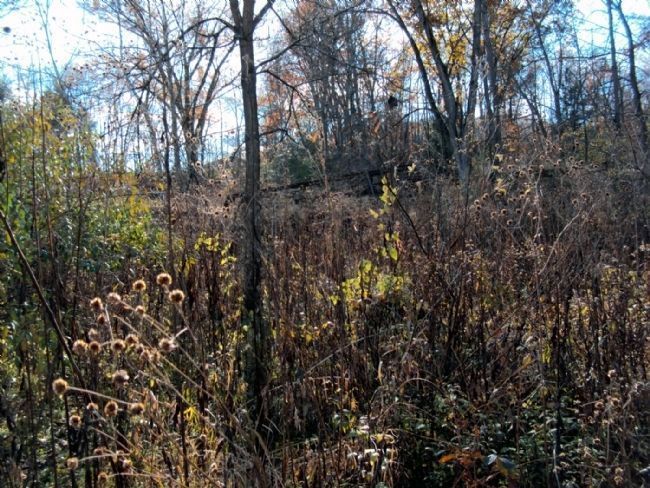 Photographed By Jamie Abel, October 31, 2010
3. Morgan's Raid Marker
The abandoned bridge, known locally as the Morgan Bridge, is now fairly overgrown in the bottom of the Elkhorn Branch of Yellow Creek.
Along the route of the Great Raid, 14 granite monuments were installed, each “about 1,800 pounds, being twenty inches square, resting on a concrete foundation, and four feet high, with a front bevel to receive a suitable bronze tablet 16x24 inches.”
— Submitted November 2, 2010, by Jamie Abel of Westerville, Ohio. 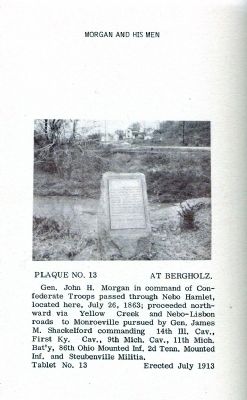