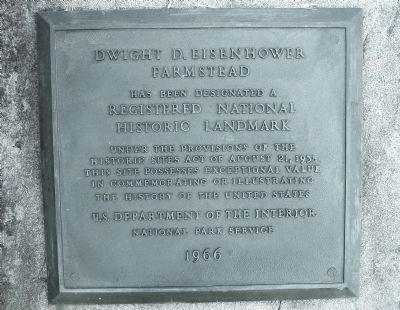 Dwight D. Eisenhower Farmstead has been designated a Registered National Historic Landmark under the provisions of the Historic Sites Act of August 21, 1935 - This site possesses exceptional value in commemorating or illustrating the history of the United States - U.S. Department of the Interior - National Park Service - 1966

Erected 1966 by U.S. Department of the Interior, National Park Service.

Topics and series. This historical marker is listed in these topic lists: Agriculture • Landmarks • Settlements & Settlers. In addition, it is included in the Former U.S. Presidents: #34 Dwight D. Eisenhower, and the National Historic Landmarks series lists. A significant historical year for this entry is 1935.

Location. 39° 47.982′ N, 77° 15.673′ W. Marker is in Cumberland Township, Pennsylvania, in Adams County. Marker is on Millerstown Road, 0.3 miles west of West Confederate Avenue, on the left when traveling west. Touch for map. Marker is in this post office area: Gettysburg PA 17325, United States of America. Touch for directions.

Other nearby markers. At least 8 other markers are within walking distance of this marker. Lieut. General James Longstreet (approx. ¼ mile away); The Bedford Virginia Artillery 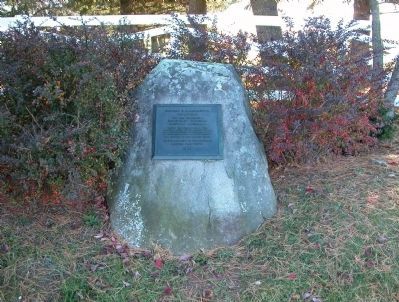 Photographed By Karl Stelly, November 1, 2010
2. Dwight D. Eisenhower Farmstead Marker
The marker along with the boulder it is attached to, located just off to the right of the entrance gate 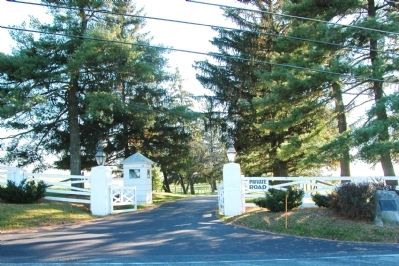 Photographed By Karl Stelly, November 1, 2010
3. Eisenhower Farm Entrance
This is the Millerstown Road entrance to the Eisenhower National Historic Site, which is restricted for use only by official tour buses and authorized personnel. 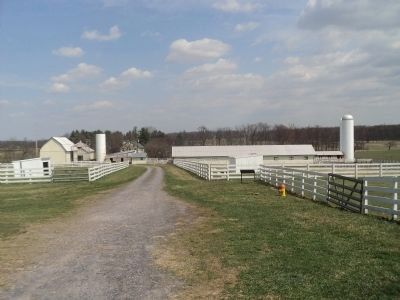 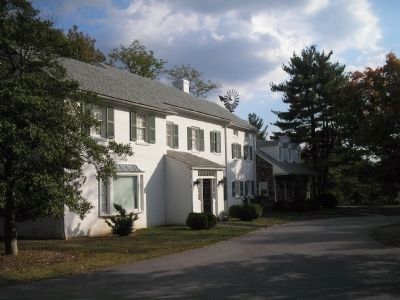 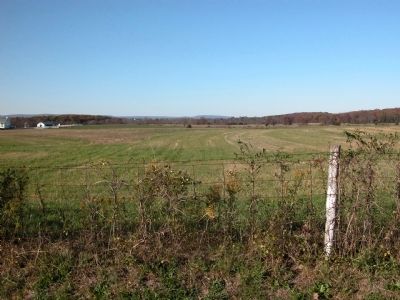