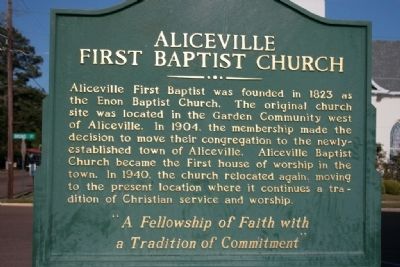 Aliceville First Baptist was founded in 1823 as the Enon Baptist Church. The original church site was located in the Garden Community west of Aliceville. In 1904, the membership made the decision to move their congregation to the newly established town of Aliceville. Aliceville Baptist Church became the First house of worship in the town. In 1940, the church relocated again, moving to the present location where it continues a tradition of Christian service and worship.

“A Fellowship of Faith with a Tradition of Commitment”

Other nearby markers. At least 8 other markers are within 10 miles of this marker, measured as the crow flies. Alabama, Tennessee & Northern Railroad Depot (approx. 0.2 miles away); R. J. Kirksey High School 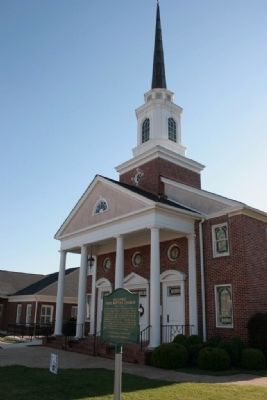 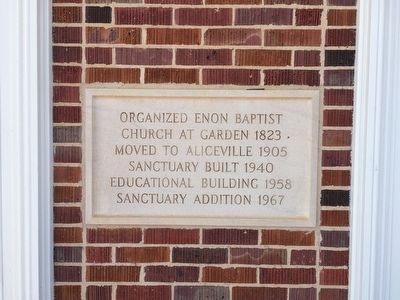