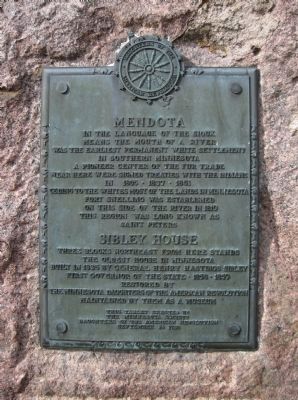 [symbol of the Daughters of the American Revolution]

Mendota
In the language of the Sioux means the mouth of a river. Was the earliest permanent white settlement in southern Minnesota. A pioneer center of the fur trade. Near here were signed treaties with the Indians in 1805 · 1837 · 1851, ceding to the whites most of the land in Minnesota. Fort Snelling was established on this side of the river in 1819. This region was long known as Saint Peters.

Sibley House
Three blocks northeast from here stands the oldest house in Minnesota built in 1835 by General Henry Hastings Sibley, first governor of the state · 1858 · 1859. Restored by the Minnesota Daughters of the American Revolution. Maintained by them as a museum.

This tablet erected by the Minnesota Society Daughters of the American Revolution September 24, 1928.

Erected 1928 by the Minnesota Society of the Daughters of the American Revolution.

Topics and series. This historical marker is listed in these topic lists: Native Americans 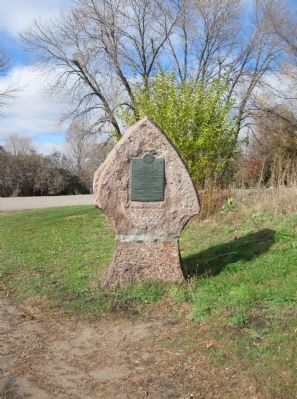 Click or scan to see
this page online
• Settlements & Settlers. In addition, it is included in the Daughters of the American Revolution (DAR) series list. A significant historical date for this entry is September 24, 1870.

Location. 44° 53.003′ N, 93° 9.998′ W. Marker is in Mendota, Minnesota, in Dakota County. Marker is on Sibley Memorial Highway (State Highway 13) 0.3 miles north of State Highway 110. Marker is along the entrance road to the Church of St. Peter's Historic Cemetery. Touch for map. Marker is in this post office area: Mendota MN 55150, United States of America. Touch for directions.

Also see . . .  Minnesota Department of Transportation. Historic Roadside Development Structures Inventory. "Mendota is the oldest permanent Euro-American settlement in Minnesota. The settlement was called (at various times) St. Peter's, New Hope, and The Entry. The name Mendota, a Dakota word meaning "the mouth of a river" 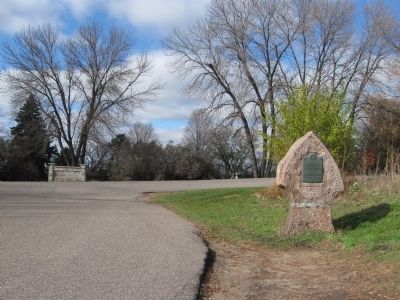 Photographed By Keith L, October 28, 2010
3. Marker at Cemetery Entrance
or "the meeting of waters," was adopted circa 1837. The Minnesota River joins the Mississippi River near this site." (Submitted on November 4, 2010.) 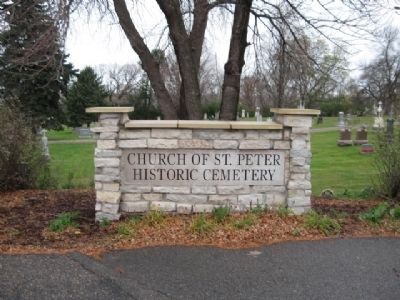 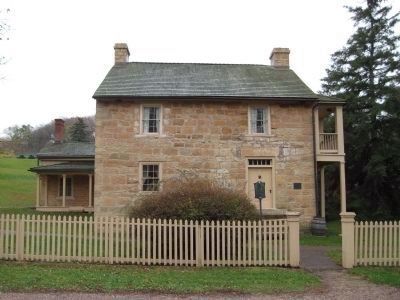 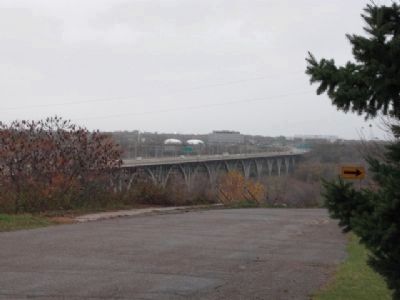