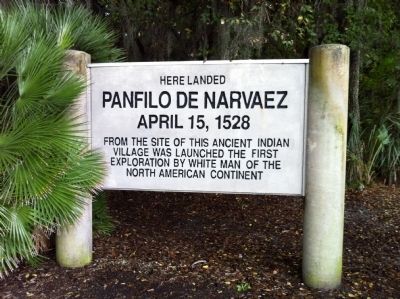 Here Landed
Panfilo de Narvaez
April 15, 1528
From the site of this ancient Indian village was launched the first exploration by the white man of the North American Continent.

Topics. This historical marker is listed in these topic lists: Exploration • Settlements & Settlers. A significant historical month for this entry is April 1887.

Other nearby markers. At least 8 other markers are within 7 miles of this marker, measured as the crow flies. Jungle Prada Site (here, next to this marker); First Mass in Florida (about 500 feet away, measured in a direct line); Stetson University College of Law (approx. 3 miles away); Rattlesnake Curve (approx. 3.8 miles away); Pioneering Pinellas Park (approx. 4.3 miles away); Gulfport Casino 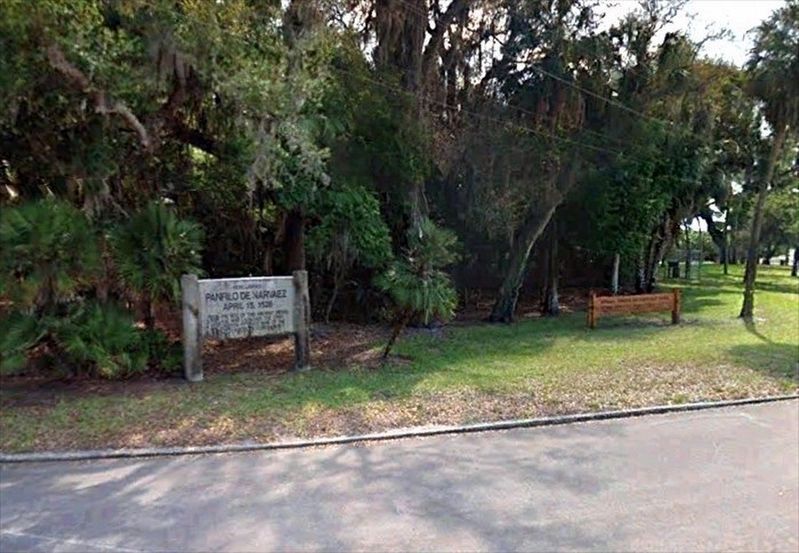