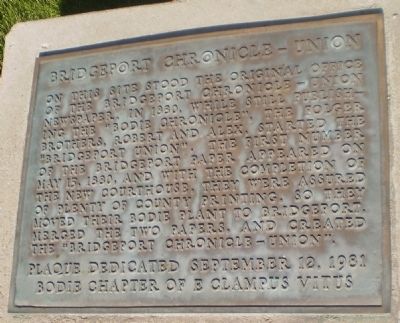 Topics and series. This historical marker is listed in these topic lists: Communications • Industry & Commerce • Settlements & Settlers. In addition, it is included in the E Clampus Vitus series list. 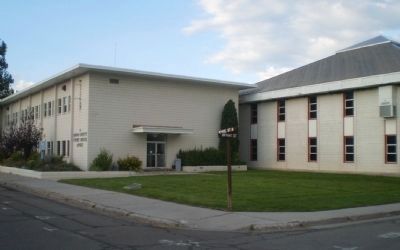 By Lester J Letson, September 8, 2012
2. Location of the Bridgeport Chronicle-Union Building
The original location of the newspaper building is now a lawn. The marker can be seen center left, the Mono County Court House annex is in the background.
intersection of School Street and Bryant Steet is an open grassy lawn area with the marker set into the lawn. Touch for map. Marker is in this post office area: Bridgeport CA 93517, United States of America. Touch for directions.