U.S. Supreme Court Rules On Overton Park and I-40 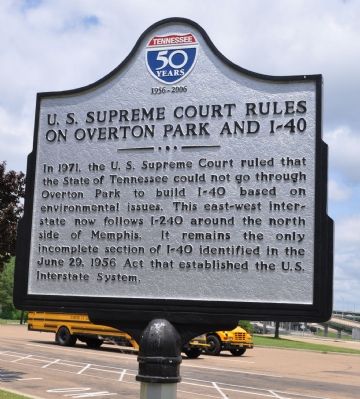 In 1971, the U.S. Supreme Court ruled that the State of Tennessee could not go through Overton Park to build I-40 based on environmental issues. This east-west interstate now follows I-240 around the north side of Memphis. It remains the only incomplete section of I-40 identified in the June 29, 1956 Act that established the U.S. Interstate System

Topics. This historical marker is listed in this topic list: Roads & Vehicles. A significant historical month for this entry is June 1926.

Location. 35° 8.946′ N, 90° 3.281′ W. Marker is in Memphis, Tennessee, in Shelby County. Marker can be reached from Poplar Avenue, on the right when traveling south. Marker is beside the Welcome Center near Mud Island. Touch for map. Marker is in this post office area: Memphis TN 38103, United States of America. Touch for directions. 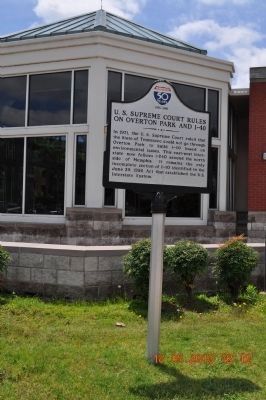 Also see . . .  Citizens to Preserve Overton Park v. Volpe. Wikipedia entry. “During the interstate highway system’s late 1950s and early 1960s building boom, public parks had been viewed as a desirable path. Building through them didn’t require the federal government to use the power of eminent domain. That changed in the mid-1960s, under § 4(f) of the Department of Transportation Act of 1966, a federal statute commonly called ‘Section 4(f).’ It required the government to demonstrate that there were no ‘feasible and prudent’ alternatives to building through public lands. After [Transportation] Secretary Volpe approved the Tennessee Department of Highway’s proposal to construct the highway through Overton Park, a group called Citizens to Preserve Overton Park brought suit against him in the Western District of Tennessee. They claimed that the Secretary had not complied with §4(f) of the Department of Transportation Act” (Submitted on November 14, 2010.) 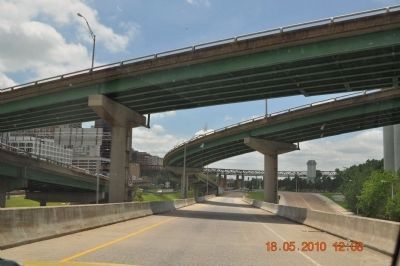 Photographed By Sandra Hughes, May 18, 2010
3. I-40 Up-ramp to Bridge over Mississippi River
Overton Park, mentioned on the marker, is several blocks east of the welcome center. Even today, no interstate or other limited access highway runs through the middle of Memphis. Instead the I-240 loop circles the city. 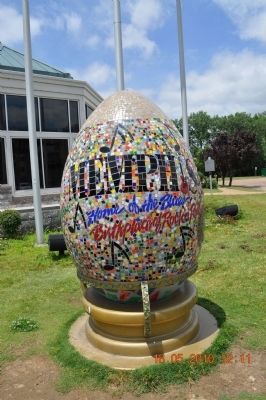 Photographed By Sandra Hughes, May 18, 2010
4. U.S. Supreme Court Rules On Overton Park and I-40 Marker
Marker is in background 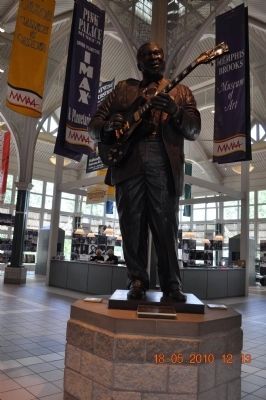 Photographed By Sandra Hughes, May 18, 2010
5. BB King inside Welcome Center near marker 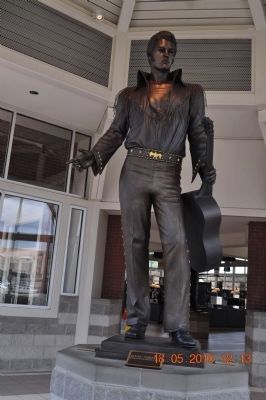 Photographed By Sandra Hughes, May 18, 2010
6. Elvis Presley inside Welcome Center near marker 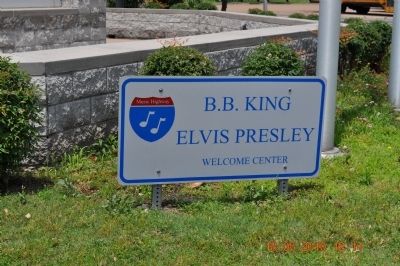