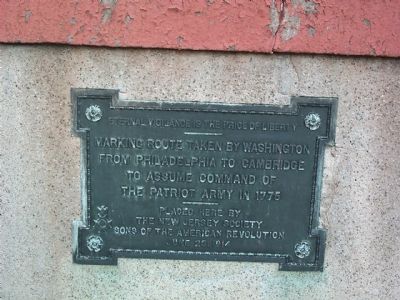 Erected 1914 by The New Jersey Society, Sons of the American Revolution.

Topics and series. This historical marker is listed in these topic lists: Roads & Vehicles • War, US Revolutionary. In addition, it is included in the Sons of the American Revolution series list.

Location. 40° 13.332′ N, 74° 45.931′ W. Marker is in Trenton, New Jersey, in Mercer County. Marker is on North Warren Street 0.1 miles from Perry Street, on the left when traveling south. The marker is on the front of Saint Michael's Episcopal Church. Touch for map. Marker is in this post office area: Trenton NJ 08608, United States of America. Touch for directions. 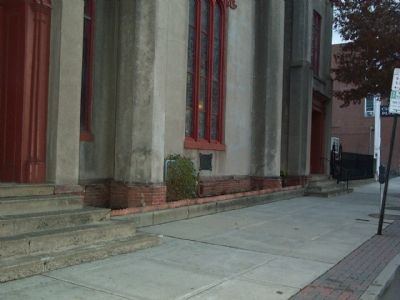