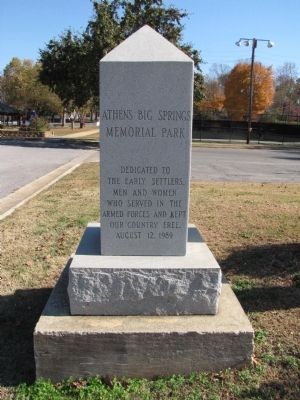 Dedicated to the early settlers, men and women who served in the armed forces and kept our country free. August 12, 1989.

Topics. This historical marker is listed in this topic list: Heroes. A significant historical year for this entry is 1989.

Location. 34° 48.183′ N, 86° 58.017′ W. Marker is in Athens, Alabama, in Limestone County. Marker can be reached from Beaty Street North east of Market Street/Buck Island Road. Monument is located in the Big Spring Memorial Park adjacent to the entrance sign. Touch for map. Marker is at or near this postal address: 100 Beaty Street North, Athens AL 35611, United States of America. Touch for directions. 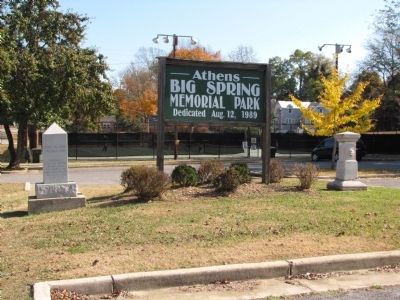