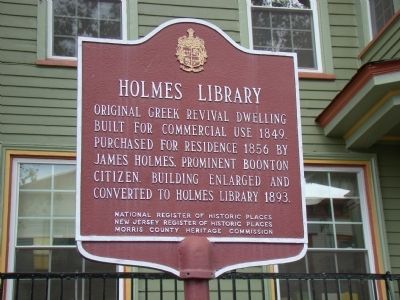 Topics and series. This historical marker is listed in this topic list: Notable Places. In addition, it is included in the New Jersey, Morris County Heritage Commission series list. A significant historical year for this entry is 1849. 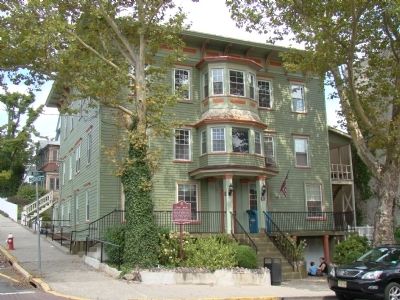 Also see . . .
1. Boonton Holmes Public Library website homepage. “Boonton’s first library, financed by subscription, opened in 1890 and in short time, needed larger quarters. Knowing the value of a town library, a leading citizen named James Holmes, willed his house and a sum of money to the people of Boonton upon his death in 1893 for the establishment of this facility. The property was originally purchased from the Iron Company in 1849 by Eliza Scott, and the two story structure built was used for stores. Mr. Holmes had purchased the building in 1856, and converted to a private home in 1870.” (Submitted on November 13, 2010.) 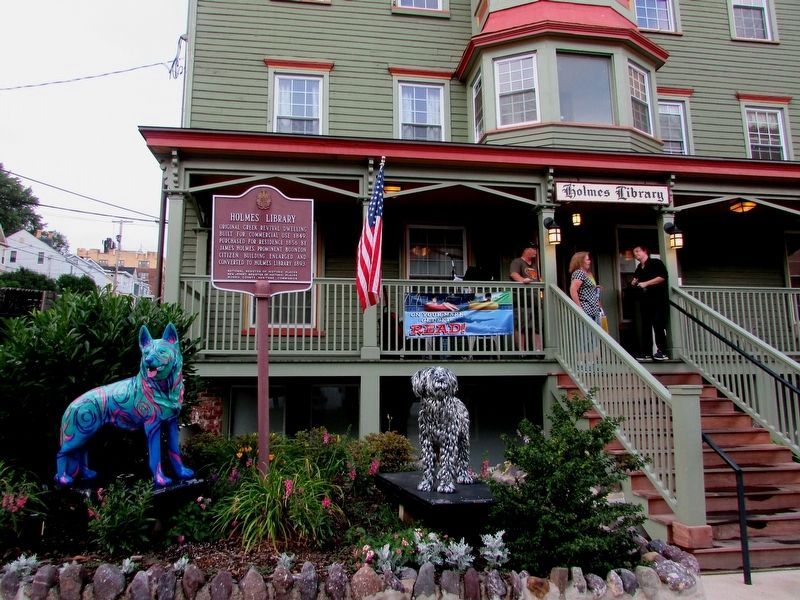