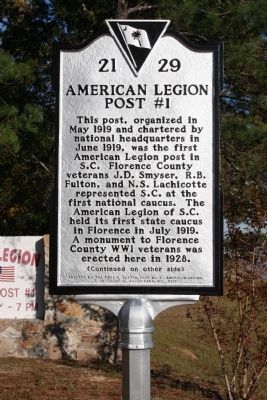 2nd Lieutenant Fred H. Sexton
American Legion Post #1 is named for 2nd Lieutenant Fred H. Sexton (1890-1918), killed in France in World War I. Sexton, a native of Union, moved to Florence in 1911. He enlisted in the S.C. National Guard and was promoted to 2nd lt., 113th Infantry, 29th Division, in 1918. He was killed in the Meuse-Argonne in Oct. 1918 and posthumously awarded the Distinguished Service Cross, the second highest American military honor.

Topics. This historical marker is listed in these topic lists: Heroes 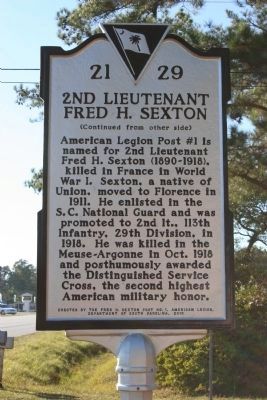 Click or scan to see
this page online
• War, World I. A significant historical month for this entry is May 1919. 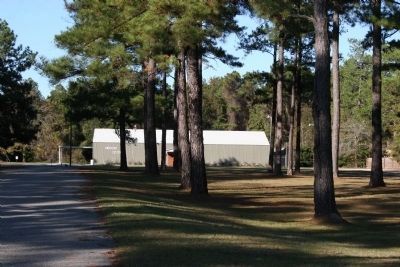 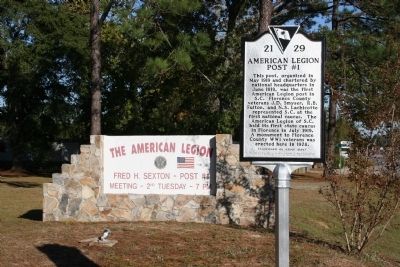