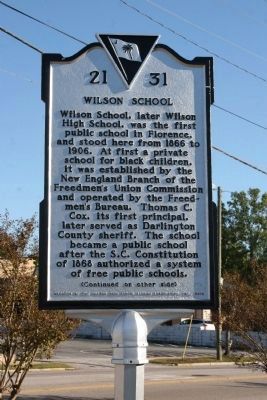 Wilson School
Wilson School, later Wilson High School, was the first public school in Florence, and stood here from 1866 to 1906. At first a private school for black children, it was established by the New England Branch of the Freedmen’s Union Commission and operated by the Freedmen’s Bureau. Thomas C. Cox, its first principal, later served as Darlington County sheriff. The school became a public school after the S.C. Constitution of 1868 authorized a system of free public schools.

Wilson High School
Rev. Joshua E. Wilson (1844-1915), a Methodist minister, was an early principal of what was long called “the Colored Graded School.” It was most likely named Wilson School for him. The school on this site, a frame building, was torn down in 1906 to make was for Central School. A new Wilson School was built on Athens Street. Wilson High School was on Athens Street 1906-1956 and on North Irby Street 1956-1982. It has been on Old Marion Highway since 1982. 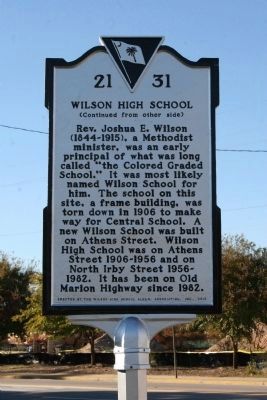 Click or scan to see
this page online
historical marker is listed in these topic lists: African Americans • Education. A significant historical year for this entry is 1866. 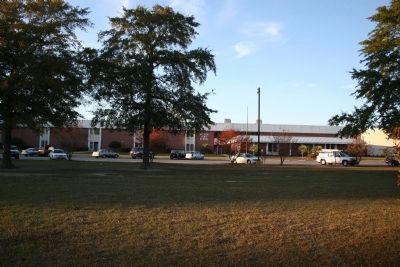