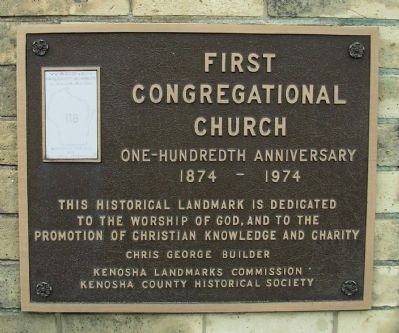 This historical landmark is dedicated to the worship of God, and to the promotion of Christian knowledge and charity
Chris George Builder
Kenosha Landmarks Commission
Kenosha County Historical Society

Location. 42° 34.858′ N, 87° 49.229′ W. Marker is in Kenosha, Wisconsin, in Kenosha County. Marker is at the intersection of 8th Avenue and 60th Street, on the right when traveling south on 8th Avenue. Marker is located on the southeast corner of the church. Touch for map. Marker is at or near this postal address: 5934 8th Avenue, Kenosha WI 53140, United States of America. Touch for directions. 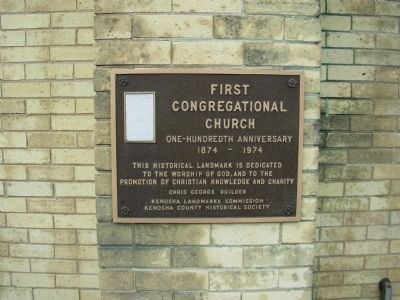 More about this marker. Marker is Wisconsin Registered Landmark No. 118, Wisconsin Council for Local History 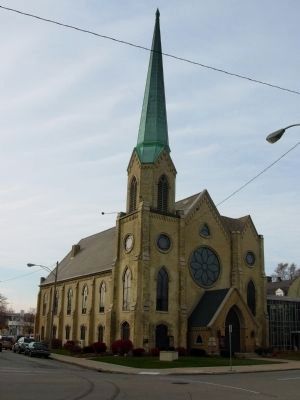