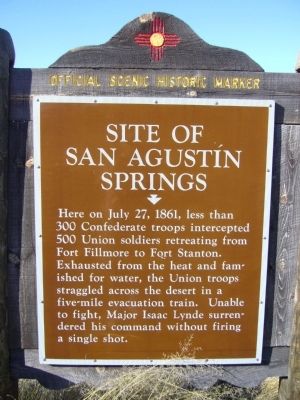 Here on July 27, 1861, less than 300 Confederate troops intercepted 500 Union soldiers retreating from Fort Fillmore to Fort Stanton. Exhausted from the heat and famished for water, the Union troops straggled across the desert in a five-mile evacuation train. Unable to fight, Major Isaac Lynde surrendered his command without firing a single shot.

Topics. This historical marker is listed in this topic list: War, US Civil. A significant historical date for this entry is July 27, 1861. 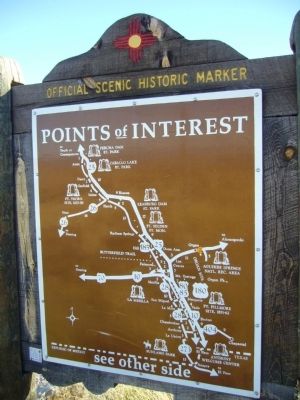 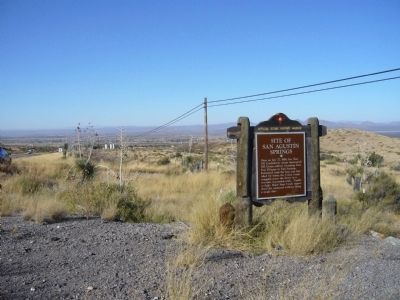