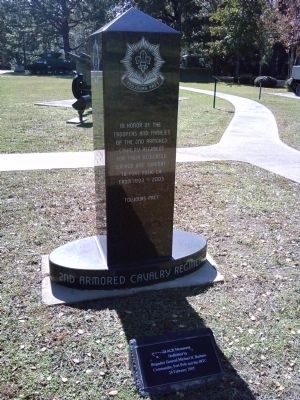 Side A
In honor of the troopers and families of the 2nd Armored Cavalry Regiment for their dedicated service and support to Fort Polk, LA from 1993 - 2005

"Troopers who made the ultimate sacrifice" 21 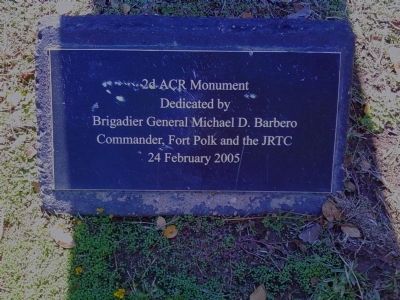 Topics. This historical marker is listed in this topic list: Military. A significant historical year for this entry is 1993.

Location. 31° 2.919′ N, 93° 12.783′ W. Marker is in Fort Polk, Louisiana, in Vernon Parish. Marker can be reached from Louisiana Avenue east of Colorado Avenue, on the right when traveling east. Located at the Fort Polk Warrior Park. Touch for map. Marker is in this post office area: Fort Polk LA 71459, United States of America. Touch for directions. 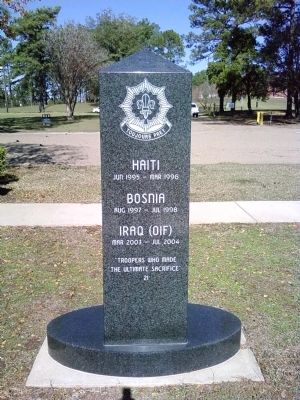