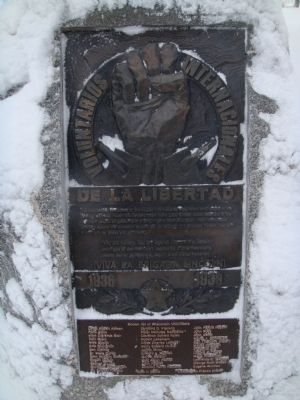 This memorial is dedicated to the 45,000 international volunteers who fought in the Spanish Civil War, 1936-1939. Among them were 2,800 United States veterans of the Abraham Lincoln Brigade, many of whom came from Wisconsin. Their memorable struggle against the spread of fascism can be counted as a uniquely historic moment in the fight for peace and democracy.

"You are history. You are legend. You are the heroic example of democracy's solidarity and universality."
Dolores Ibarruri (La Pasionaria) Deputy to the Spanish Parliament 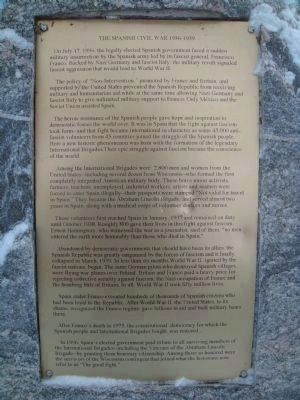 On July 17, 1936, the legally elected Spanish government faced a sudden military insurrection by the Spanish army led by its fascist general, Francisco Franco. Backed by Nazi Germany and fascist Italy, the military revolt signaled fascist aggression that would lead to World War II.

The policy of "Non-Intervention," promoted by France and Britain, and supported by the United States prevented the Spanish Republic from receiving military and humanitarian aid, while at the same time allowing Nazi Germany and fascist Italy to give unlimited military support to Franco. Only Mexico and the Soviet Union assisted Spain.

The heroic resistance of the Spanish people gave hope and inspiration to democratic forces the world over. It was in Spain that the fight against fascism took form--and that fight became international in character as some 45,000 anti-fascist volunteers from 45 countries joined the struggle of the Spanish people. Here a new historic phenomenon was born with the formation of the legendary International Brigades. Their epic struggle against fascism became the conscience of the world.

Among the International Brigades were 2,800 men and women from the United States--including several dozen from Wisconsin--who formed the first completely integrated American military body. These brave union activists, farmers, teachers, unemployed industrial workers, artists and seamen were forced to enter Spain illegally--their passports were stamped "Not valid for travel in Spain." They became the Abraham Lincoln Brigade, and served almost two years in Spain, along with a medical corps of volunteer doctors and nurses.

These volunteers first reached Spain in January, 1937 and remained on duty until October 1938. Roughly 800 gave their lives in this fight against fascism. Ernest Hemingway, who witnessed the war as a journalist, said of them, "no men entered the earth more honorably than those who died in Spain."

Abandoned by democratic governments that should have been its allies, the Spanish Republic was greatly outgunned by the forces of fascism and it finally collapsed in March, 1939. In less than six months, World War II, ignited by the fascist nations, began. The same German pilots who destroyed Spanish villages, were flying war planes over Poland. Britain and France paid a heavy price for rejecting collective security against fascism: the Nazi occupation of France and the bombing blitz of Britain. In all, World War II took fifty million lives.

Spain under Franco executed hundreds of thousands of Spanish citizens who had been loyal to the Republic. After World War II, the United States, to its shame, recognized the Franco regime, gave billions in aid and built military bases there.

After Franco's death in 1975, the constitutional democracy for which the Spanish people and International Brigades fought, was restored. 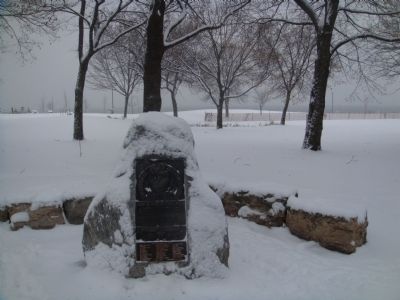 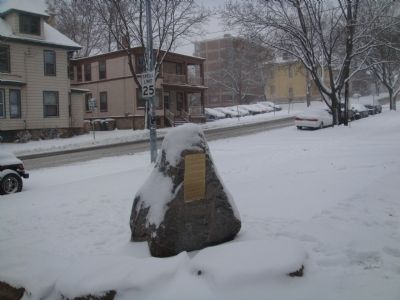