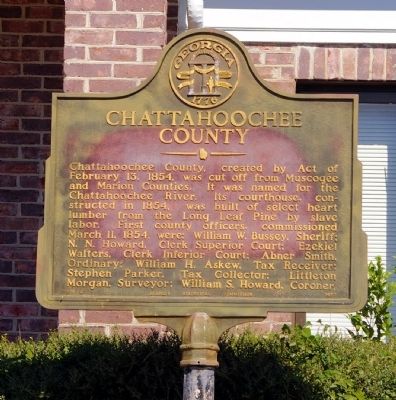 Topics and series. This historical marker is listed in these topic lists: Political Subdivisions • Settlements & Settlers. In addition, it is included in the Georgia Historical Society series list. A significant historical month for this entry is February 1820. 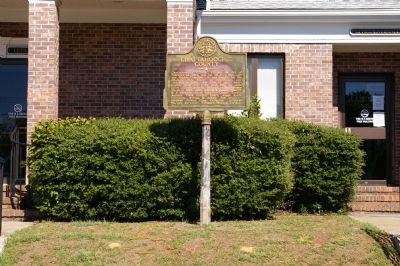 Click or scan to see
this page online
left when traveling east. The marker is located in front of the Chattahoochee County Courthouse. Touch for map. Marker is at or near this postal address: 377 Broad Street, Cusseta GA 31805, United States of America. Touch for directions.

Regarding Chattahoochee County. A new courthouse was built in 1979. The original 1854 courthouse was moved to Westville, the reconstructed 1850s town in nearby Stewart County, where it was restored by the State Bar of Georgia. 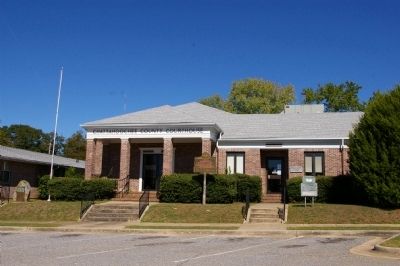