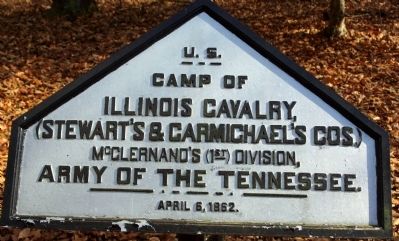 Topics. This historical marker is listed in this topic list: War, US Civil. A significant historical date for this entry is April 6, 1862.

Location. 35° 8.336′ N, 88° 20.832′ W. Marker is in Shiloh, Tennessee, in Hardin County. Marker can be reached from Corinth-Pittsburg Landing Road Extension 0.1 miles north of Corinth Road, on the right when traveling north. On trail 100 yards east of McClernand's Division Monument, in Shiloh National Military Park. Touch for map. Marker is in this post office area: Shiloh TN 38376, United States of America. Touch for directions. 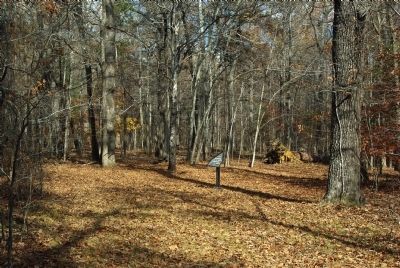