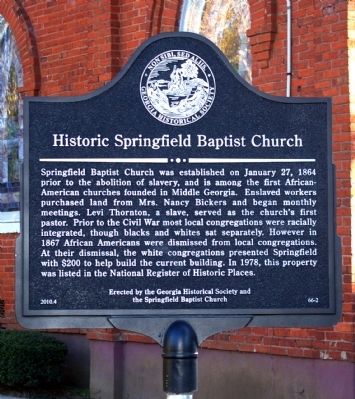 Springfield Baptist Church was established on January 27, 1864 prior to the abolition of slavery, and is among the first African-American churches founded in Middle Georgia. Enslaved workers purchased land from Mrs. Nancy Bickers and began monthly meetings. Levi Thornton, a slave, served as the church’s first pastor. Prior to the Civil War most local congregations were racially integrated, though blacks and whites sat separately. However in 1867 African Americans were dismissed from local congregations. At their dismissal, the white congregations presented Springfield with $200 to help build the current building. In 1978, this property was listed in the National Register of Historic Places.

Topics and series. This historical marker is listed in these topic lists: African Americans • Churches & Religion. In addition, it is included in the Georgia Historical Society series list. 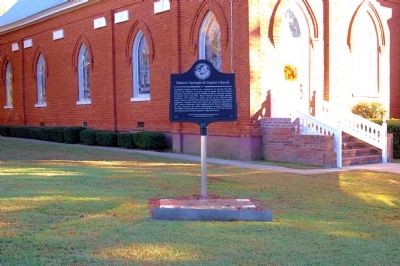 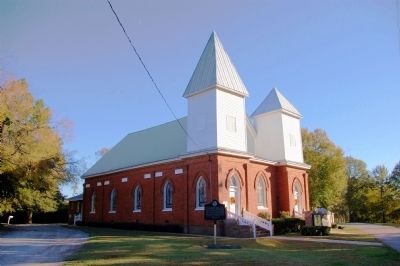 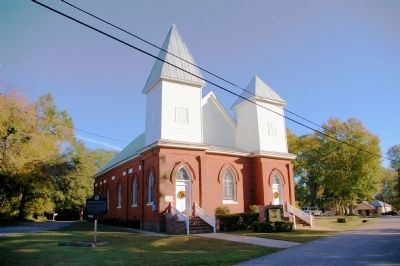