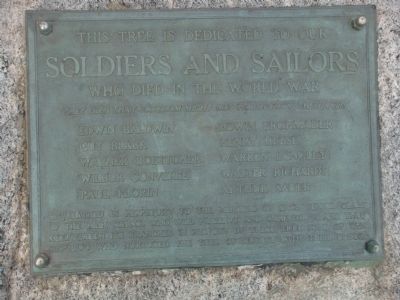 Photographed By William J. Toman, September 25, 2010
1. Soldiers and Sailors Marker
Inscription.
Soldiers and Sailors. . This tree is dedicated to our soldiers and sailors who died in the World War, They died that freedom might not perish from the Earth, Edwin Baldwin . Guy Black . Warner Boettcher . Wilbur Converse . Paul Florin . Edwin Frohmader . Henry Heese . Warren Longley . Walter Richards . Arthur Sauer, Bequeathed in perpetuity to the members of each Senior Class of the High School who will preserve and care for it and thus keep green its branches in memory of these true sons of the Republic who nurtured the tree of liberty with their blood . This historical marker is in Fort Atkinson in Jefferson County Wisconsin

They died that freedom might not perish from the Earth

Topics. This historical marker is listed in these topic lists: War, Vietnam • War, World I. 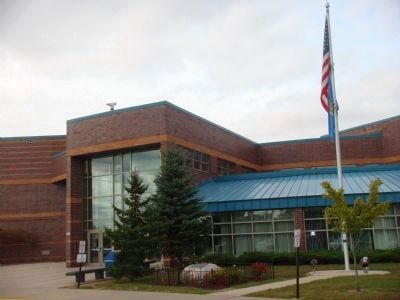 Photographed By William J. Toman, September 25, 2010
2. Soldiers and Sailors Marker
The marker is in the bottom center of the photo on a rock enclosed by a short iron fence. Fort Atkinson High School is in the background. 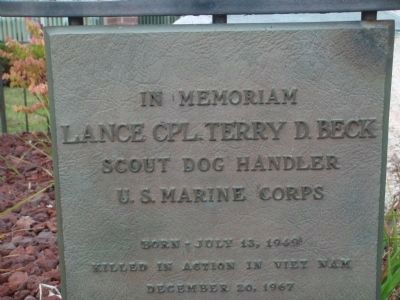 Photographed By William J. Toman, September 25, 2010
3. Nearby Marker
This marker is on the fence around the Soldiers and Sailors marker. Inscription: