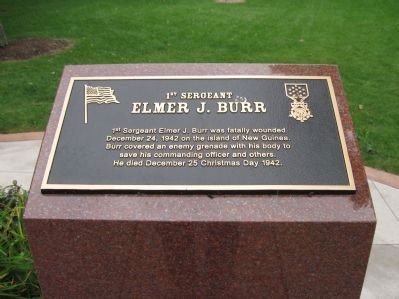 1st Sergeant Elmer J. Burr was fatally wounded December 24, 1942 on the island of New Guinea. Burr covered an enemy grenade with his body to save his commanding officer and others. He died December 25 Christmas Day 1942.

Topics and series. This historical marker is listed in this topic list: War, World II. In addition, it is included in the Medal of Honor Recipients series list. A significant historical date for this entry is December 24, 1816.

Location. 44° 11.961′ N, 88° 26.485′ W. Marker is in Menasha, Wisconsin, in Winnebago County. Marker can be reached from Cleveland Street north of Keyes Street, on the right when traveling north. Marker is located on the Isle of Valor. Touch for map. Marker is at or near this postal address: 640 Keyes Street, Menasha WI 54952, United States of America. Touch for directions. 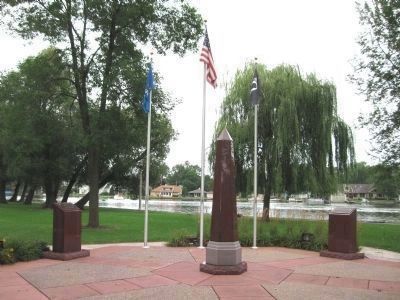 Photographed By Keith L, August 21, 2010
2. 1st Sergeant Elmer J. Burr Marker
The marker is to the left of the flags. 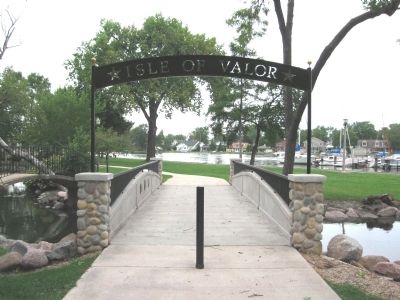