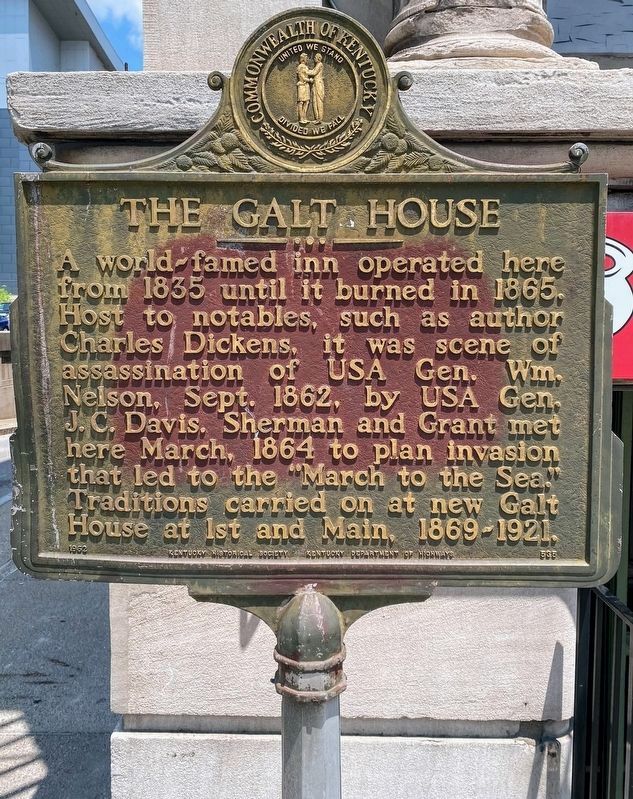 Photographed By Shane Oliver, July 3, 2021
1. The Galt House Marker
Inscription.
The Galt House. . A world-famed inn operated here from 1835 until it burned in 1865. Host to notables, such as author Charles Dickens, it was scene of assassination of USA Gen. Wm. Nelson, Sept. 1862, by USA Gen. J.C. Davis. Sherman and Grant met here March, 1864 to plan invasion that led to the "March to the Sea." Traditions carried on at new Galt House at 1st and Main, 1869 - 1921. . This historical marker was erected in 1952 by The Kentucky Historical Society and the Kentucky Department of Highways. It is in Louisville in Jefferson County Kentucky

Erected 1952 by The Kentucky Historical Society & the Kentucky Department of Highways. (Marker Number 535.)

Topics and series. This historical marker is listed in these topic lists: Notable Buildings • War, US Civil. In addition, it is included in the Kentucky Historical Society series list. A significant historical month for this entry is March 1864. 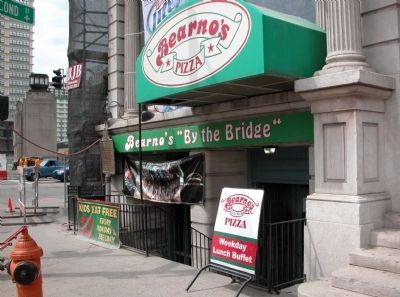 Photographed By Karl Stelly, April 20, 2010
2. The Galt House Marker
This view shows the marker in front of Bearno's Pizza Parlor at the corner of West Main and 2nd Street in downtown Louisville.

Regarding The Galt House. The Galt House has been rebuilt and now stands at West Main and 4th Streets in downtown Louisville, a couple of blocks west of this marker. 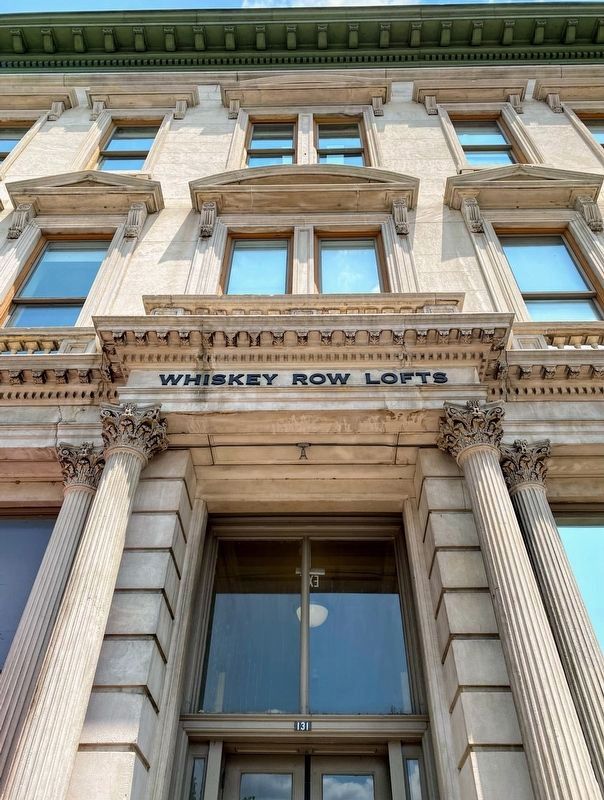