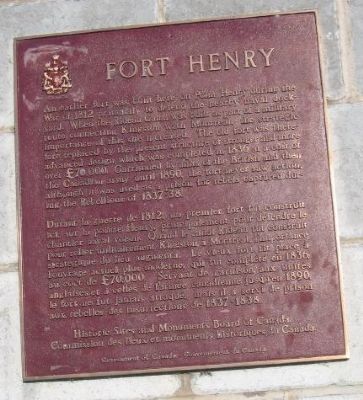 In English:
An earlier fort was built here on Point Henry during the War of 1812 primarily to defend the nearby naval dockyard. When the Rideau Canal was built as part of a military route connecting Kingston with Montreal, the strategic importance of this site increased. The old fort was therefore replaced by the present structure of stronger and more advanced design which was completed in 1836 at a cost of over £70,000. Garrisoned by units of the British and then the Canadian Army until 1890, the fort never saw action, although it was used as a prison for rebels captured during the Rebellions of 1837-38. 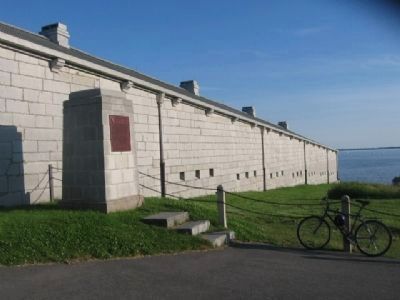 Photographed By Robert L Weber, June 16, 2009
2. Fort Henry Marker with a Partial View of the Fort Wall in the Background

Topics and series. This historical marker is listed in this topic list: Military. In addition, it is included in the Canada, Historic Sites and Monuments Board series list. A significant historical year for this entry is 1812. 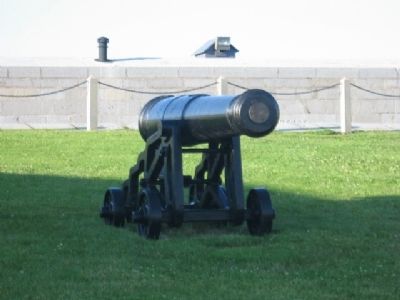 Photographed By Robert L Weber, June 16, 2009
3. Fort Henry Cannon
The present Fort Henry was constructed between 1832 and 1837. It was constructed to protect the Lake Ontario end of the Rideau Canal. A system of defensive works was planned but cost overruns in the construction of canal limited the fortifications to four Martello towers and the fort. 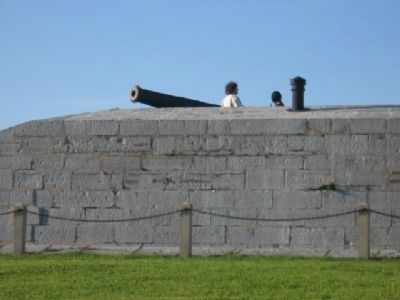 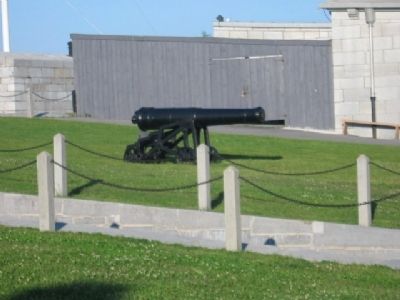 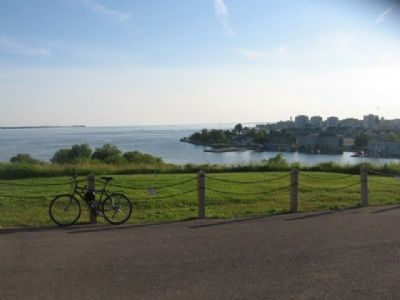