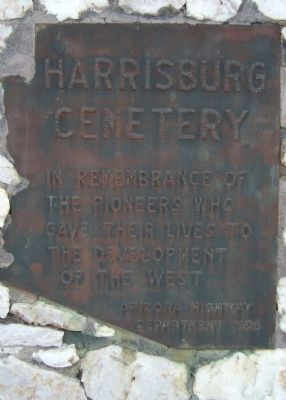 Photographed By Bill Kirchner, December 26, 2010
1. Harrisburg Cemetery Marker
Inscription.
Harrisburg Cemetery. . In remembrance of the pioneers who gave their lives to the development of the west. . This historical marker was erected in 1936 by Arizona Highway Department. It is Near Salome in La Paz County Arizona

In remembrance of the pioneers who gave their lives to the development of the west.

Location. 33° 44.05′ N, 113° 32.5′ W. Marker is near Salome, Arizona, in La Paz County. Marker can be reached from Salome Road, 5.2 miles south of U.S. 60. Marker is 650 yards directly south of the Harrisburg Marker, and the flag pole can be seen from Salome Road. I parked 250 yards southeast of the Harrisburg marker along Salome Road and hiked south on an old dirt road, through the normally dry Centennial Wash, using my GPS for navigation. Touch for map. Marker is in this post office area: Salome AZ 85348, United States of America. Touch for directions.

Regarding Harrisburg Cemetery. In 1849, a group of pioneers heading for California 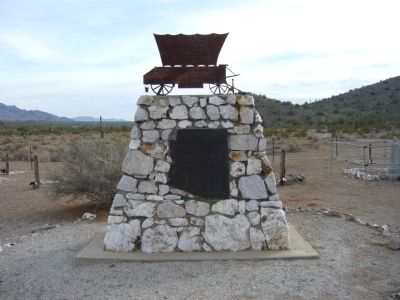 Click or scan to see
this page online
were attacked by Indians. Several months later a party of gold seekers found their bones and buried them on the Harrisburg Cemetery knoll. 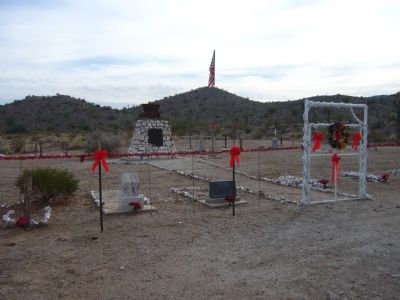 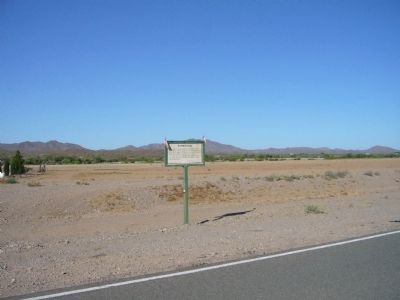