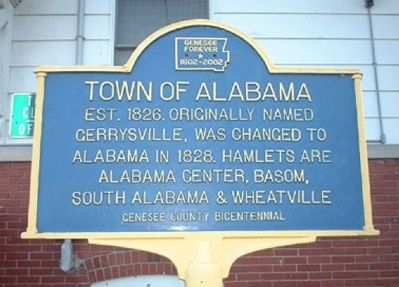 Photographed By Patrick Weissend, August 11, 2007
1. Town of Alabama Marker
Inscription.
Town of Alabama. . , Est. 1826. originally named Gerrysville, was changed to Alabama in 1828. Hamlets are Alabama Center, Basom, South Alabama and Wheatville . This historical marker was erected in 2002 by Genesee County Bicentennial Committee. It is in Alabama in Genesee County New York

Topics. This historical marker is listed in this topic list: Political Subdivisions. A significant historical year for this entry is 1826.

Location. 43° 4.402′ N, 78° 20.072′ W. Marker is in Alabama, New York, in Genesee County. Marker is on Judge Road (New York State Route 63) east of Knowlesville Road, on the left when traveling west. Marker is located in front of the Alabama Town Hall. Touch for map. Marker is at or near this postal address: 2218 Judge Road, Basom NY 14013, United States of America. Touch for directions. 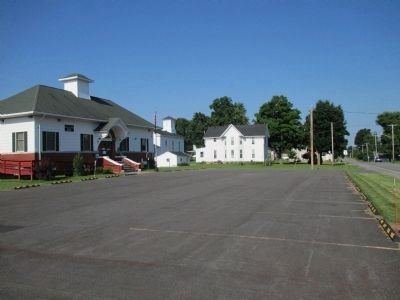 Click or scan to see
this page online
Site of Cary Collegiate Seminary (approx. 3.3 miles away); Schafer Farms (approx. 4.1 miles away). Touch for a list and map of all markers in Alabama.

Regarding Town of Alabama. Alabama was formed April 17, 1826, and was originally called Gerrysville, after Elbridge Gerry, vice-president of the United States. In April 21, 1828, the name was changed to Alabama, meaning “Here we rest.” 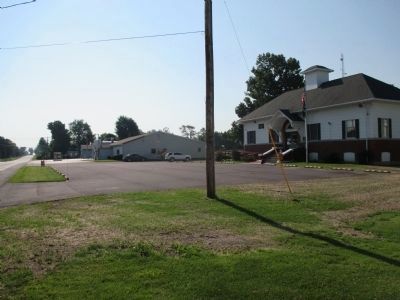 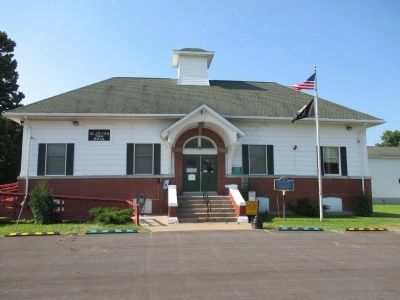 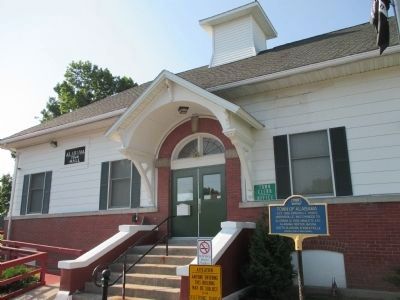