Battles and Engagements of the Delaware Regiment 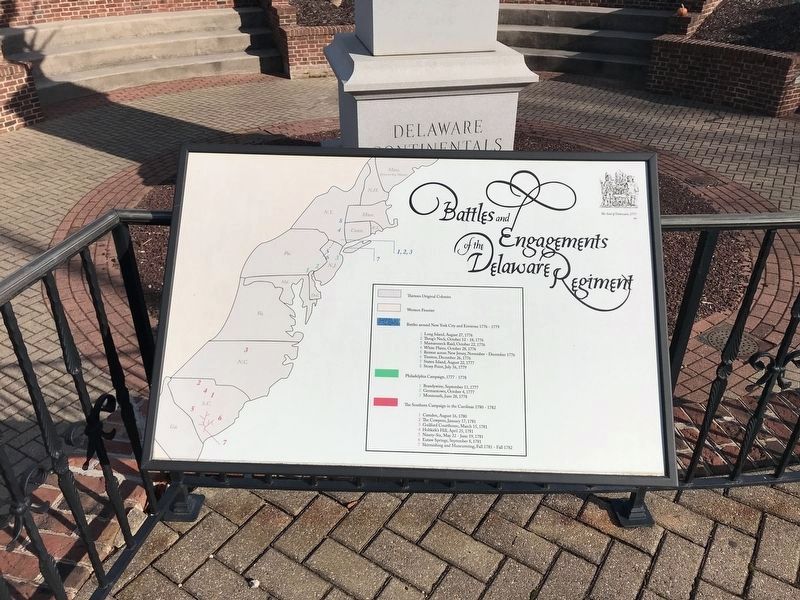 . This historical marker was erected by The State of Delaware. It is in Dover in Kent County Delaware

Erected by The State of Delaware.

Topics. This historical marker is listed in this topic list: War, US Revolutionary. A significant historical date for this entry is January 17, 1777. 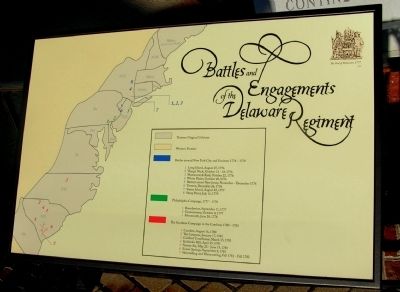 Photographed By Nate Davidson, April 19, 2009
2. Battles and Engagements of the Delaware Regiment Marker
This is a previous iteration of the marker. The formatting and information is identical. The only main difference is that the background is yellow, compared to the current marker's white background.

Click or scan to see
this page online
39° 9.448′ N, 75° 31.133′ W. Marker is in Dover, Delaware, in Kent County. Marker is on Liberty Street. Marker located in front of Legislative Hall, facing Court Street. Touch for map. Marker is in this post office area: Dover DE 19901, United States of America. Touch for directions. 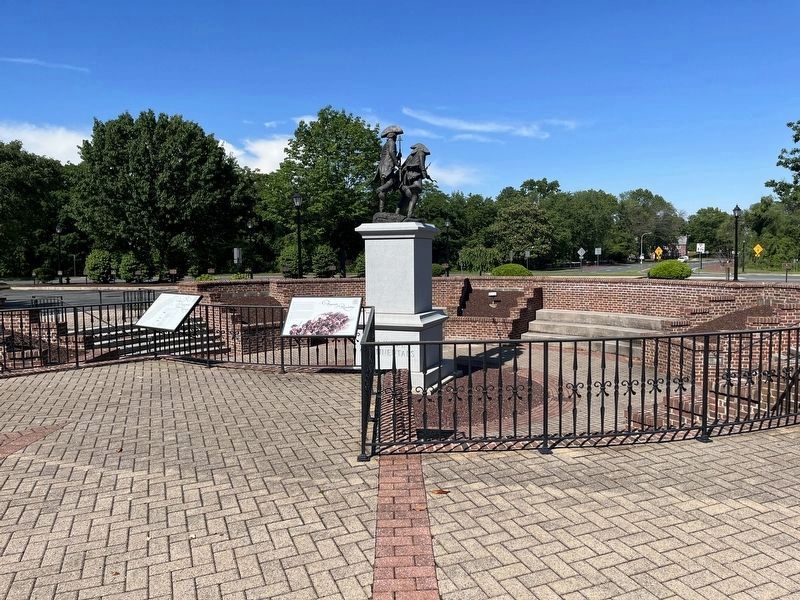