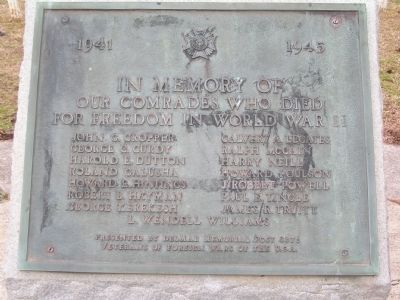 Erected by Delmar Memorial Post 8276, Veterans of Foreign Wars of the U.S.A. 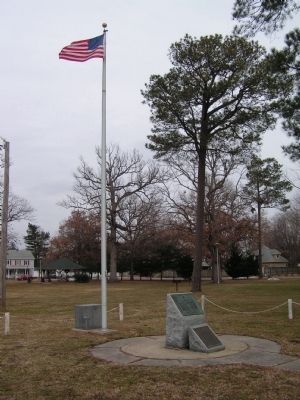 Click or scan to see
this page online
(approx. half a mile away in Maryland); Transpeninsular Line Between Maryland and Three Lower Counties of Pennsylvania (Now Delaware) (approx. ¾ mile away in Maryland); Wicomico County War Memorial (approx. 5 miles away in Maryland); St. Paul's United Methodist Church (approx. 5 miles away). Touch for a list and map of all markers in Delmar.
Credits. This page was last revised on June 1, 2021. It was originally submitted on January 17, 2011, by Nathan Davidson of Salisbury, Maryland. This page has been viewed 772 times since then and 16 times this year. Photos:   1, 2. submitted on January 17, 2011, by Nathan Davidson of Salisbury, Maryland. • Bill Pfingsten was the editor who published this page.
Share this page.