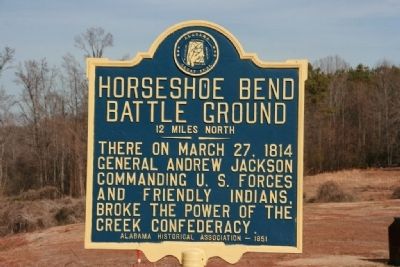 There on March 27, 1814 General Andrew Jackson commanding U. S. forces and friendly Indians, broke the power of the Creek Confederacy.

Topics and series. This historical marker is listed in these topic lists: Native Americans • War of 1812. In addition, it is included in the Former U.S. Presidents: #07 Andrew Jackson series list. A significant historical month for this entry is March 1856. 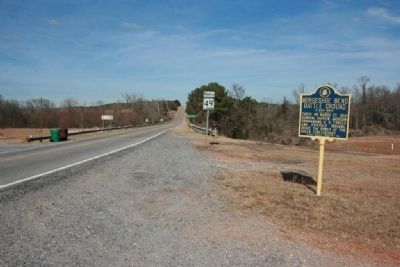