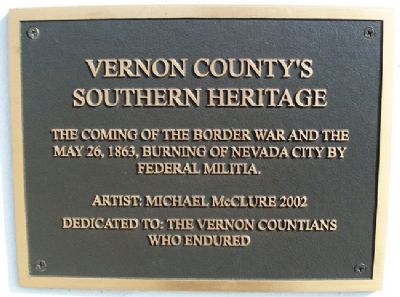 The coming of the Border War and the May 26, 1863, burning of Nevada City by Federal Militia.

Dedicated to: the Vernon Countians Who Endured

Topics. This historical marker is listed in these topic lists: Patriots & Patriotism • Settlements & Settlers • War, US Civil. A significant historical month for this entry is May 1865. 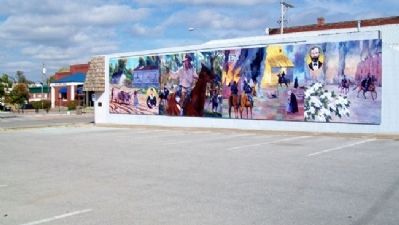