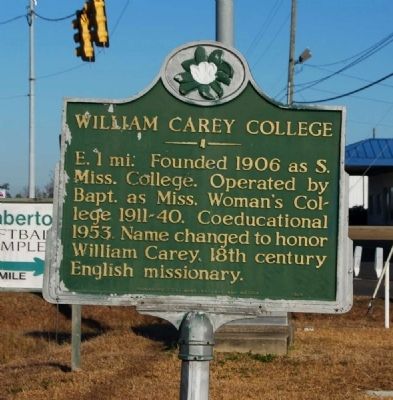 Erected 1969 by Mississippi Department of Archives and History.

Topics and series. This historical marker is listed in this topic list: Education. In addition, it is included in the Mississippi State Historical Marker Program series list. A significant historical year for this entry is 1906. 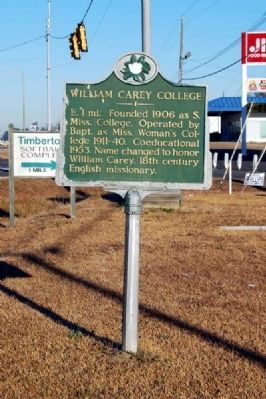 3. William Carey. William Carey (17 August 1761 – 9 June 1834) was an English Baptist missionary and a Reformed Baptist minister, known as the "father of modern missions." (Submitted on January 24, 2011, by Brian Scott of Anderson, South Carolina.) 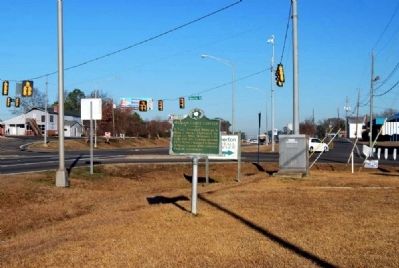 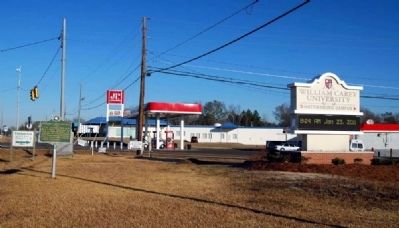 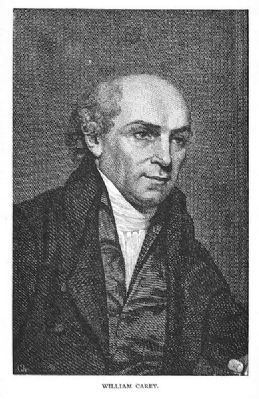