“Spirit of the American Doughboy” 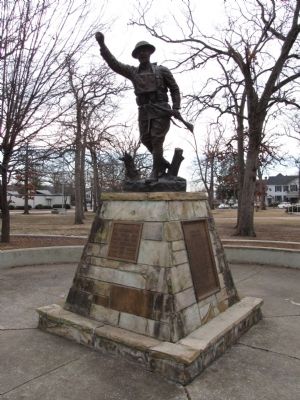 North side
To the memory of our World War heroes who died that civilization might not perish from the earth. 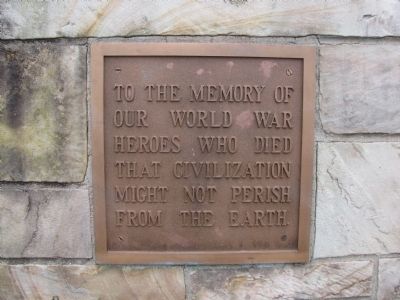 South Side
This Doughboy Monument,
Sculpted by E.M. Viquesney was erected
Following World War I, "The War to End All Wars."

The City of Bessemer and
the State of Alabama Historical Park and Historical Site
Maintenance and Repair Grant Program
Restored and preserved this statue
So that future generations may
Remember the struggles and bloodshed that
Preceding generations endured
To protect the peace and
Liberties we hold dear.

We especially wish to
Honor the veterans who protected our freedom
With their lives. 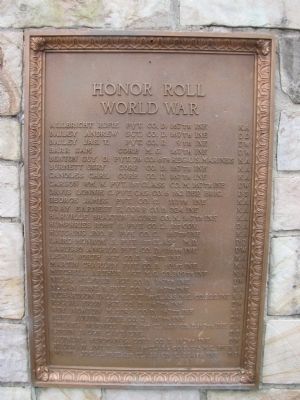 Topics and series. This historical marker is listed in this topic list: War, World I. In addition, it is included in the Spirit of the American Doughboy - E. M. Viquesney series list. A significant historical date for this entry is November 11, 1827.

Location. 33° 23.972′ N, 86° 57.317′ W. Marker is in Bessemer, Alabama, in Jefferson County. Marker is on 3rd Avenue North south of 17th Street North, on the left when traveling south. Monument is located in the center of a city park bounded by 16th and 17th Streets and 2nd and 3rd Avenue. Touch for map. Marker is in this post office area: Bessemer AL 35020, United States of America. Touch for directions.

Other nearby markers. At least 8 other markers are within 6 miles of this marker, measured as the crow flies. Bright Star / Koikos Restaurant (approx. ¼ mile away); The Bessemer Site (approx. 0.3 miles away); Sweet Home / Henry W. Sweet 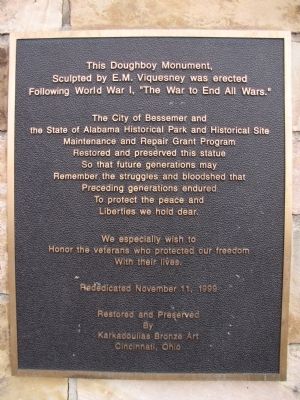 Also see . . .  The E. M. Viquesney "Spirit of the American Doughboy" Database. "Here you will find a collection of old ads, photos, documents, and brochures pertaining to the life and works of sculptor Ernest Moore "Dick" Viquesney (1876 - 1946), creator of the World War I memorial statue, "The Spirit of the American Doughboy", found in over 140 locations throughout the continental United States." (Submitted on January 28, 2011, by Bernard Fisher of Richmond, Virginia.) 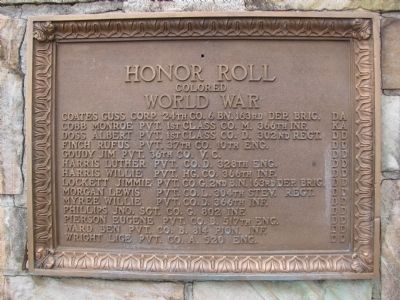 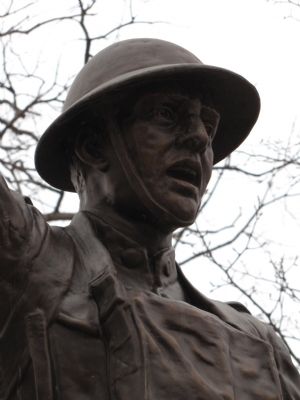 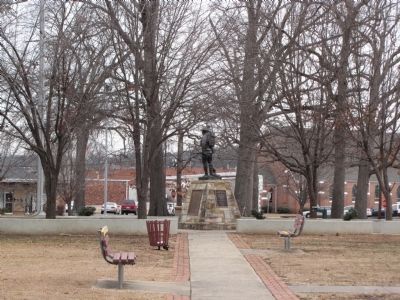 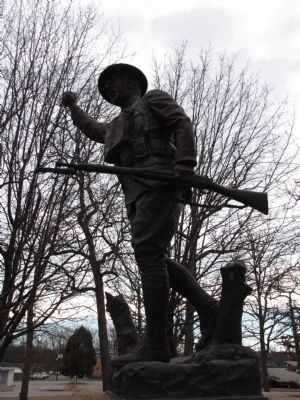