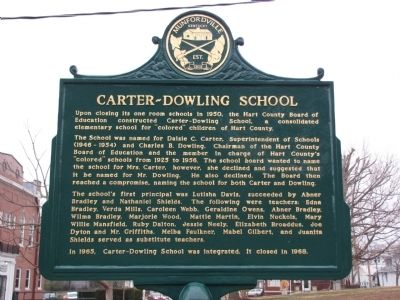 The School was named for Daisie C. Carter, Superintendent of Schools (1946-1954) and Charles B. Dowling, Chairman of the Hart County Board of Education and the member in charge of Hart County's "colored" schools from 1925 to 1956. The school board wanted to name the school for Mrs. Carter, however, she declined and suggested that it be named for Mr. Dowling. he also declined. The Board then reached a compromise, naming the school for both Carter and Dowling. 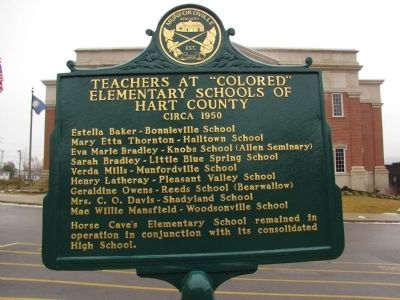 Click or scan to see
this page online
School was integrated. It closed in 1968.

Erected by The Munfordville Tourism Commission.

Topics. This historical marker is listed in these topic lists: African Americans • Education. A significant historical year for this entry is 1950. 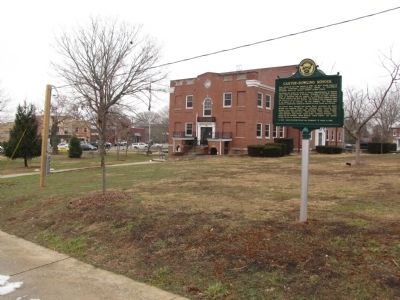