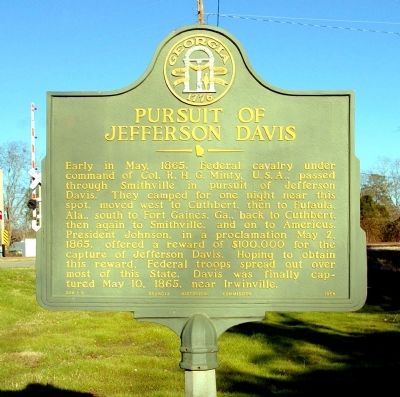 Early in May, 1865, Federal cavalry under command of Col. R. H. G. Minty, U.S.A., passed through Smithville in pursuit of Jefferson Davis. They camped for one night near this spot, moved west to Cuthbert, then to Eufaula, Ala., south to Fort Gaines, Ga., back to Cuthbert, then again to Smithville, and on to Americus. President Johnson, in a proclamation May 2, 1865, offered a reward of $100,000 for the capture of Jefferson Davis. Hoping to obtain this reward, Federal troops spread out over most of this State. Davis was finally captured May 10, 1865, near Irwinville.

Topics and series. This historical marker is listed in this topic list: War, US Civil. In addition, it is included in the Georgia Historical Society series list. A significant historical month for this entry is May 1865. 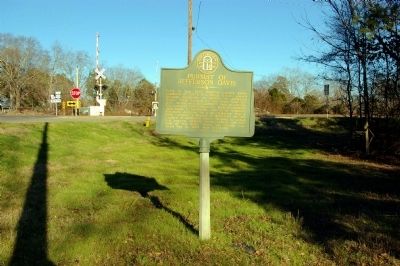 Click or scan to see
this page online
State Route 118. Touch for map. Marker is in this post office area: Smithville GA 31787, United States of America. Touch for directions. 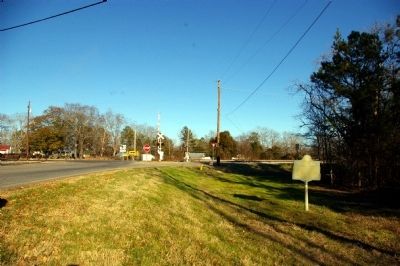